Aurea was named War Eagle VIII during today’s Board of Trustees meeting. 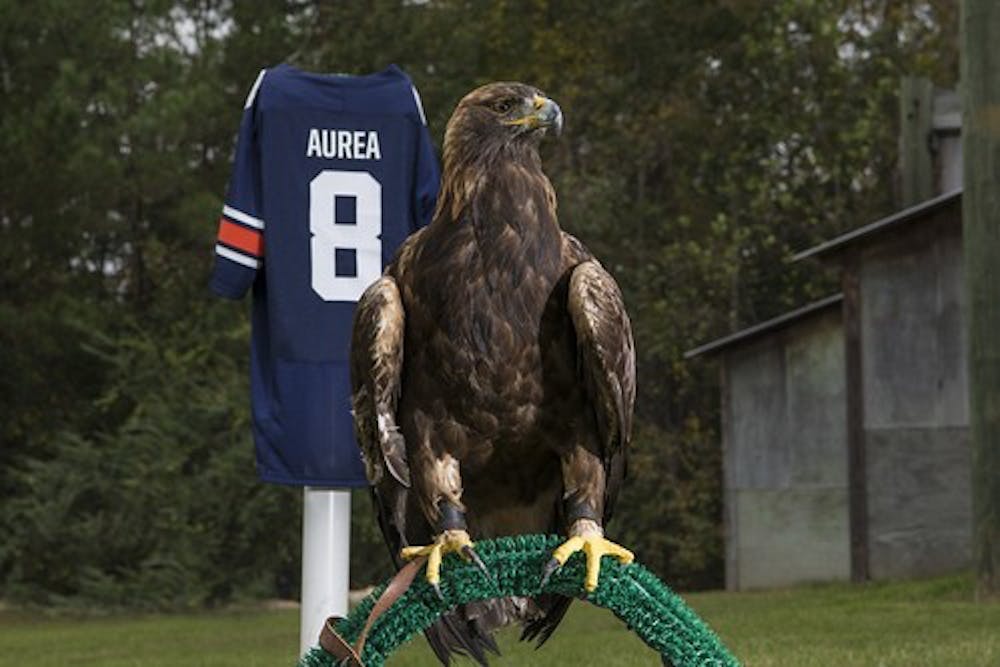 AUBURN, Ala (EETV) - War Eagle VII Nova was officially retired during today’s Board of Trustees meeting as they named Aurea as War Eagle VIII.

An official ceremony will be held at halftime during the Nov. 23 game against Samford University to make the transition.

“Nova has brought much attention to wildlife conservation and is treasured by the Auburn Family and countless fans and conservationists across the country,” Interim President Jay Gogue said.

Nova has been sidelined from his traditional pregame flights since 2017, a result of cardiomyopathy, a chronic heart disease. Veterinarians are working to manage his condition after news that it had worsened following an echocardiogram in October.

“The plan to retire Nova and name Aurea was already underway when we received the test results,” said Calvin Johnson, dean of the College of Veterinary Medicine. “We will take every precaution with Nova who has been an instrumental part of our Southeastern Raptor Center’s educational programs, even since being sidelined from flying at games.”

Since arriving at Auburn in 2000, Nova has made 58 pregame flights having appeared in almost 2,000 educational programs as well. Nova made his first pregame flight in 2004 against Kentucky and was officially named War Eagle VII in 2006. During Nova's time as the official War Eagle, Auburn went 107-59 overall and played in two national championship games.

War Eagle VIII Aurea is set to continue the famed tradition of golden eagles at Auburn football games, a tradition dating back to the late 1800s.

“Aurea actually made her stadium flight debut last season prior to the Liberty game and has flown at most of our home games this season,” said Andrew Hopkins, assistant director of raptor training and education. “Spirit, our 23-year-old bald eagle, will continue to do pregame flights as well. We also have a new bald eagle, Indy, that we may train to fly at games in the future, but Auburn’s War Eagle birds are always golden eagles.”

Aurea was brought to the raptor center after being found near Selma, Alabama in 2016 with an injury to her right wing. Though veterinarians were able to bring her back to good health her injuries resulted in her having more drag while flying.

“Her flight stamina isn’t quite good enough for her to be released into the wild, but it doesn’t affect her flying in the stadium because she’s not chasing a live animal,” Hopkins said.

The Southeastern Raptor Center will hold a special celebration for Nova and Aurea at its Football, Fans and Feathers show on Nov. 29 at 4 p.m. The event will be held at Edgar B. Carter Educational Amphitheater at 1350 Pratt-Carden Drive off Shug Jordan Parkway.