Nova and Aurea to be featured at Football, Fans and Feathers show on Friday 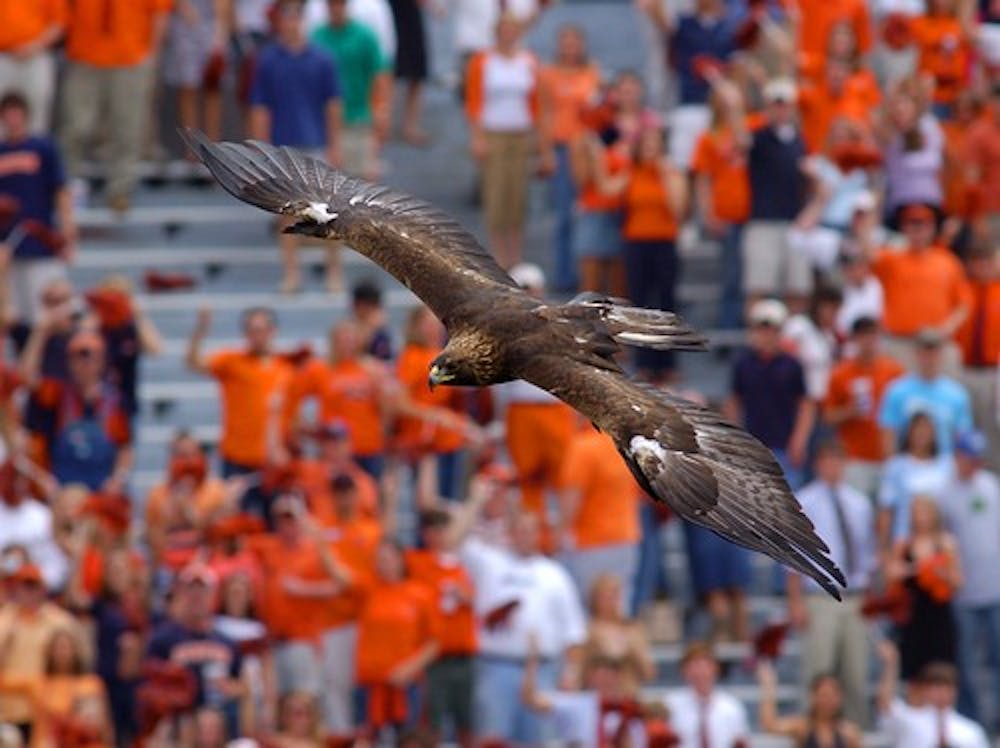 “This will be a great opportunity for fans to see these magnificent birds up close,” said Andrew Hopkins, assistant director of raptor training and education. “They are great ambassadors for wildlife conservation.”

The show begins at 4 p.m. and will last for one hour. It takes place in the raptor center’s Edgar B. Carter Educational Amphitheater at 1350 Pratt-Carden Drive off Shug Jordan Parkway.

Football, Fans and Feathers is a series of shows held each fall on Fridays before home football games. Tickets are $5 per person. Children ages 3 and under are admitted free. Guests are encouraged to purchase tickets in advance on the show's website.