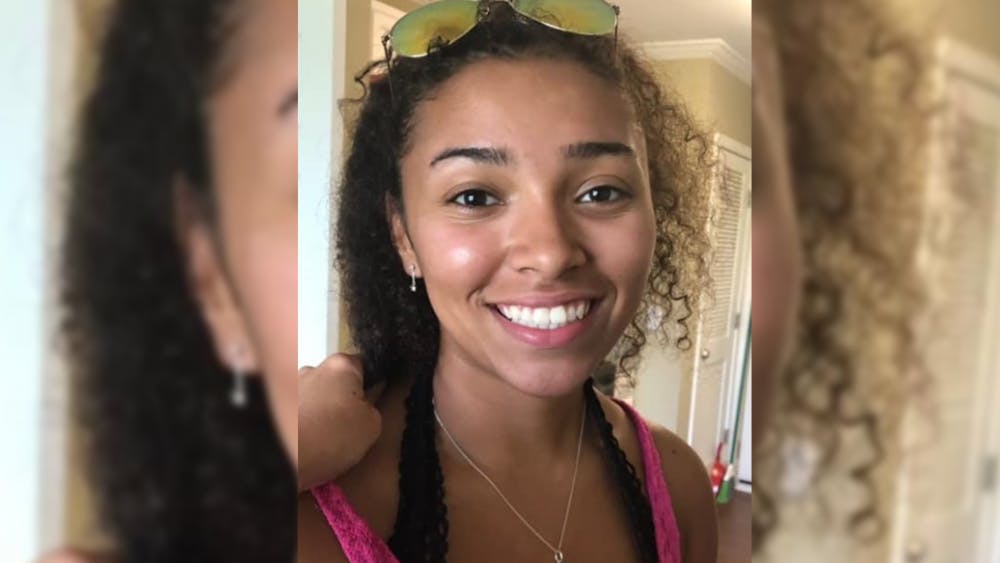 AUBURN, Ala. (EETV) - On Monday, Nov. 25, information obtained during the ongoing investigation into the disappearance of Aniah Blanchard led investigators to human remains in Shorter, Alabama.

"I can confirm that human remains have been found in Macon County on County Road 2 and we have good reason to believe they are that of Aniah Blanchard," said Lee County District Attorney Brandon Hughes.

Around 10:45 a.m., Auburn Police, members of the Task Force, Lee County DA’s Office, U.S. Marshals Fugitive Task Force, ALEA and Montgomery County Sheriff Office arrived to a wooded area in the 38,000 block of County Road 2 in Shorter. Investigators located what appeared to be human remains after a brief search several feet into the woodline.

An investigation is underway by ALEA and Auburn Police to determine if the remains are those of Aniah Blanchard.

The case remains under investigation by APD.

This story will be updated.