Okoro Lifts Auburn over South Alabama in the Final Seconds 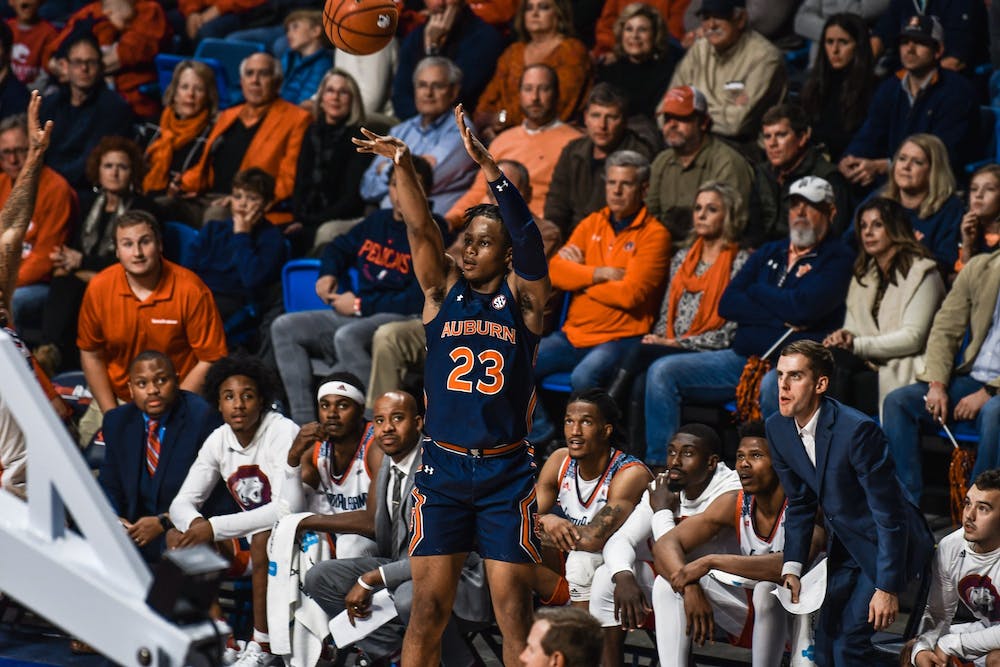 Mobile, AL(EETV)- Freshman Isaac Okoro stepped up when his team needed him most as he put in the winning layup with 2.9 seconds to beat South Alabama 70-69.

After giving up a 14 point lead in the final thirty seconds of the game, the freshaman grabbed a rebound and put it back in as he was fouled on the play.

Okoro had another productive game scoring 15 points with six rebounds, six assists, and two steals as four Tigers were in double digits for the second straight game.

The Jaguars gave Auburn all they could handle as the sellout crowd continued to give them momentum. South Alabama would trail for much of the second half until a late comeback would see them take a one point lead with a three-point shot from Andre Fox.

Fox had a team high 23 points and 10 rebounds and Josh Ajayi would add 15 points with nine rebounds, one block and three assists.

Auburn's bench scored 28 points combined between two players as Anfernee McLemore and Jamal Johnson both put up 14 point games. Samir Doughty had a big night as he scored 10 points with 10 rebounds in total.

The Tigers as a whole shot more effeciently from the three-point line going 41 percent from beyond the arc. Auburn's turnovers on offense continues to hurt them as they had 11 in total.

Auburn returns home this Friday to face CSUN Northridge for the second game of the Veterans Classic. Tip-off is at 6:00pm and will be televised on SEC Network.