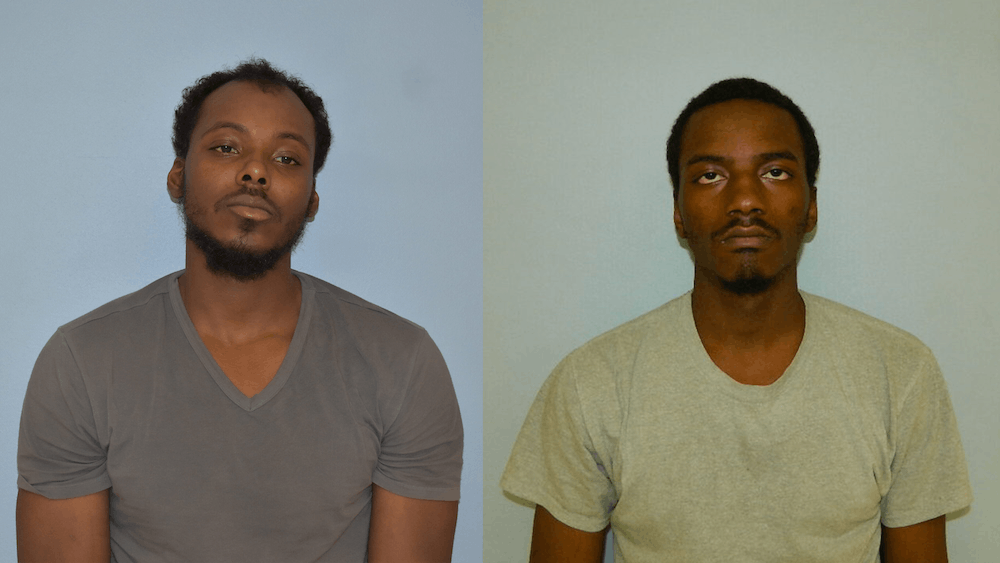 AUBURN, Ala. (EETV) - Auburn Police have arrested two out-of-state men in connection with a Wednesday afternoon break-in at an Auburn residence.

New York City resident Christian N. Brown and Micahel A. Priester from Columbia, South Carolina, were arrested after officers received word of a robbery at a residence in the 500 block of Southview Drive.

The complainant said the two men entered her residence, took the keys to her 2018 Chevrolet Silverado, as well as some other items, and fled the scene in her car.

The vehicle was quickly located by officers and stopped on Bent Creek Road. Brown and Priester were taken into custody. Police also searched near Southview Drive and discovered a 2013 Honda Civic that was stolen out of South Carolina. An Auburn officer had tried to stop that car about an hour before the robbery, but the car was able to elude police.

Brown and Priester are each being held at the Lee County Jail on an $88,000 bond.