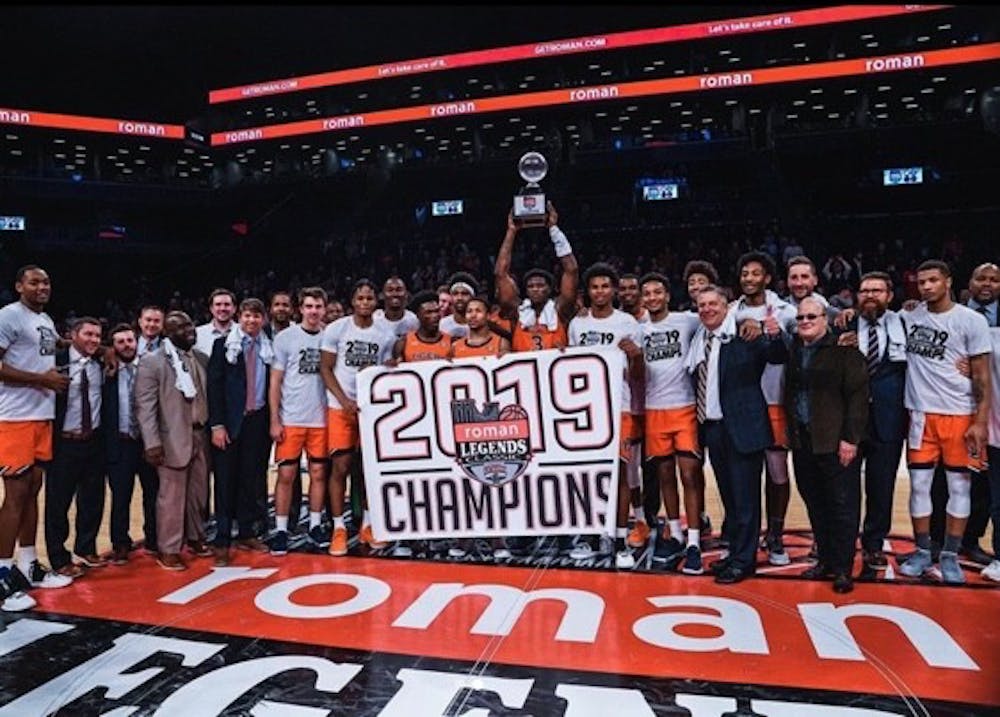 Brooklyn, NY(EETV)- Auburn continues their unbeatean run with a 79-65 win over the Richmond Spiders. It wasn't the best preformance for the Tigers, but a 11-4 run in the second half would be enough for the win.

A familiar face in Samir Doughty would lead the way with 22 points, three assists, and one steal. Austin Wiley had another big night scoring 18 points with 8 rebounds.

The Tigers did not shoot well in the first half as they were only 6 for 23 from the field on the first half. Free throws would keep them in the game as they shot 71 percent from the line.

The Auburn defense stepped in a big way forcing 12 turnovers and racked up 44 rebounds. Richmond's top playmakers Nathan Cayo and Barandon Francis were held to just 15 points in total.

The Tigers are now 7-0 on the season for the first time in Bruce Pearl's tenure at Auburn. The Tigers become the twelth team to win the Legends Classic since the inaugural tournament in 2007.

Auburn will return next week as they face Furman on December 5th before their trip to Birmingham to play St. Louis in the Mike Slive Invitational.