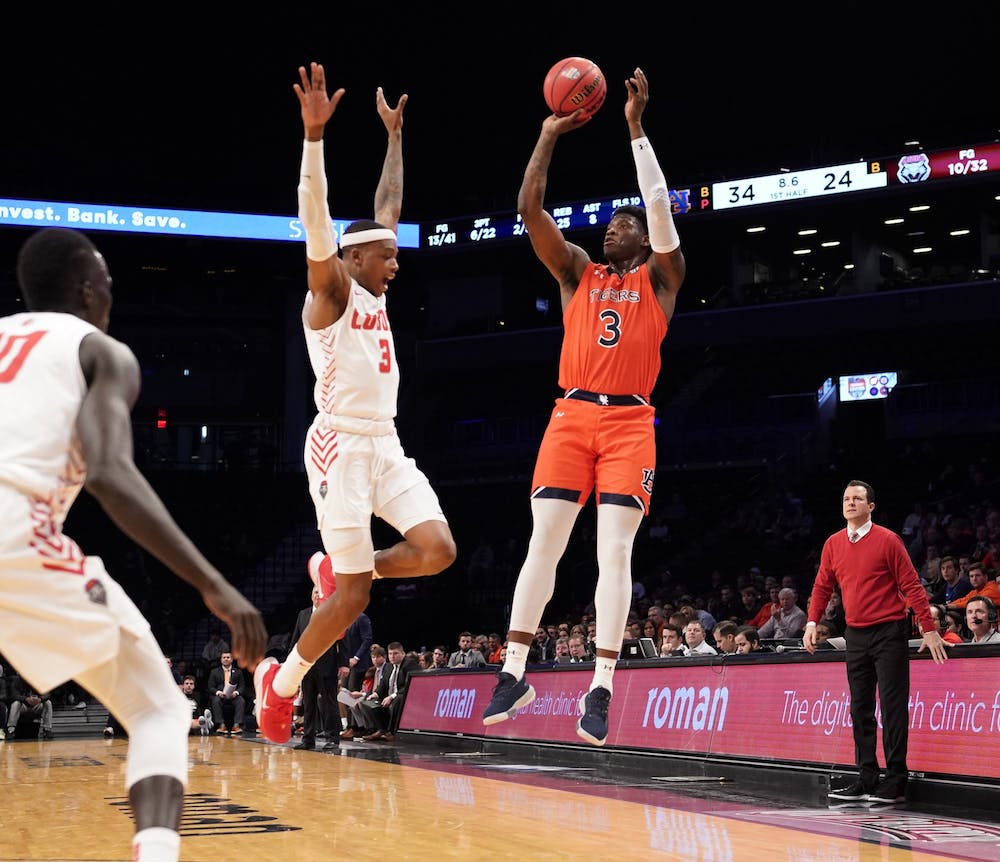 NEW YORK, NY - NOVEMBER 25: at Barclays Center during the Roman Legends Classic on November 25, 2019, in in the Brooklyn borough of New York City. (Photo by Porter BInks)

Brooklyn, NY(EETV)- Auburn advanced to the Legends Classic Finals with an impressive 84-59 win over New Mexico. The Auburn defense was the story of the game as they forced 24 turnovers in total.

The Tigers jumped out to a an early eleven point lead and wouldn't look back as they controlled the game in both halfs. Samir Doughty led the way in scoring with 19 points and two steals.

Austin Wiley scored all of his 14 points with 13 rebounds in the second half as he earned his fifth double-double of his career. Isaac Okoro would get in double-digits as well as he scored 12 points with four rebounds and one block to go with it.

New Mexico would be led by Makuach Maluach as he scored 14 points. Vnce would also add 12 points and six rebounds as well

Auburn improves their record to 6-0 and as they go into the finals of the Legends Classic tomorrow night against Richmond. Tip-off will begin at 6:30pm CT and can be seen on ESPN2.