Auburn Defeats Davidson in Opening Game of the Veterans Classic 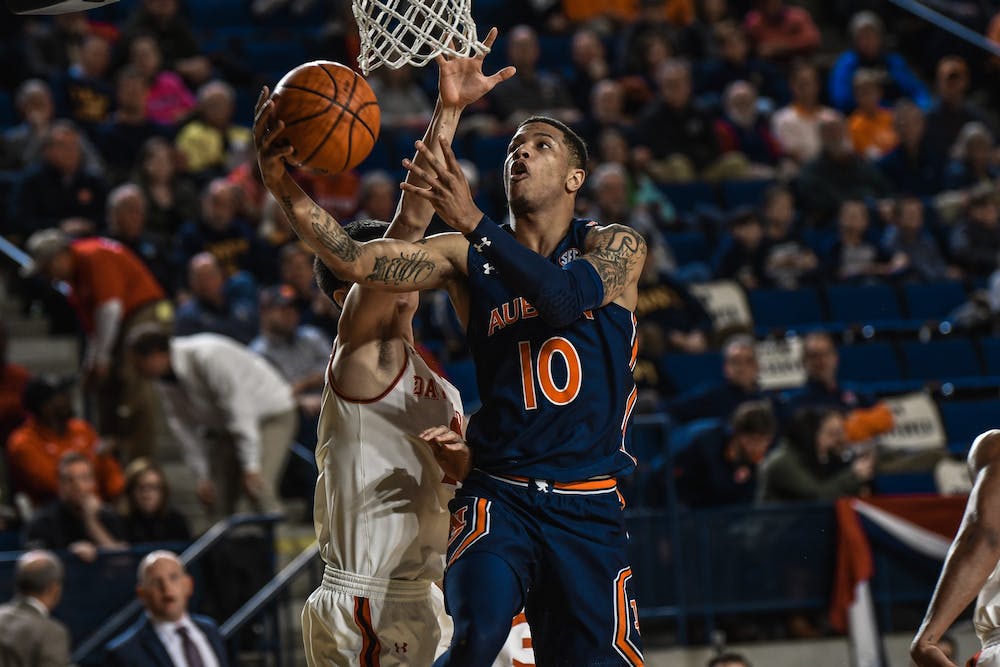 Annapolis, MD (EETV)- Auburn came out victorius against the Davidson Wildcats by a final score of 76-66 in the opening game of the Veterans Classic.

The Tigers looked strong in the early stages of the game as they jumped out out to an early ten point lead in the first five minutes of the game. Freshaman Isaac Okoro continued his solid play as he scored 11 points in the first half alone.

Auburn held a double-digit lead for most of the first half until Davidson found their rythm offensively. The Wilcats would trail 37-35 going into halftime.

The Tigers came out firing again as they took a 13 point lead early in the second half. The Wildcats showed their toughness as they cut as close as five with six minutes left in the game. Auburn used a 10-3 run in the final three minutes as the Tigers remained unbeaten to start the new season.

Leading the Tigers was the freshman Isaac Okoro who has provided a spark for his team in the first two games of the season. Okoro scored 17 points with one rebound and two steals. Danjel Purifoy had 14 points and Samir Doughty dropped 11 as five Tigers were in double-digits.

Auburn's defense stifled Davidson's duo of Jon Axel Gundmundson and former A-10 player of year Kellan Grady to only 13 points combined. The Wildcats turned the ball over 16 times as the Tiger defense continues to create havoc for opponents.

Auburn's record now sits at 2-0 as they look forward to amatchup with South Alabama in Mobile who they beat 101-58 last year at Auburn Arena. The game is set for 7:00 CT and can be seen on ESPN+.