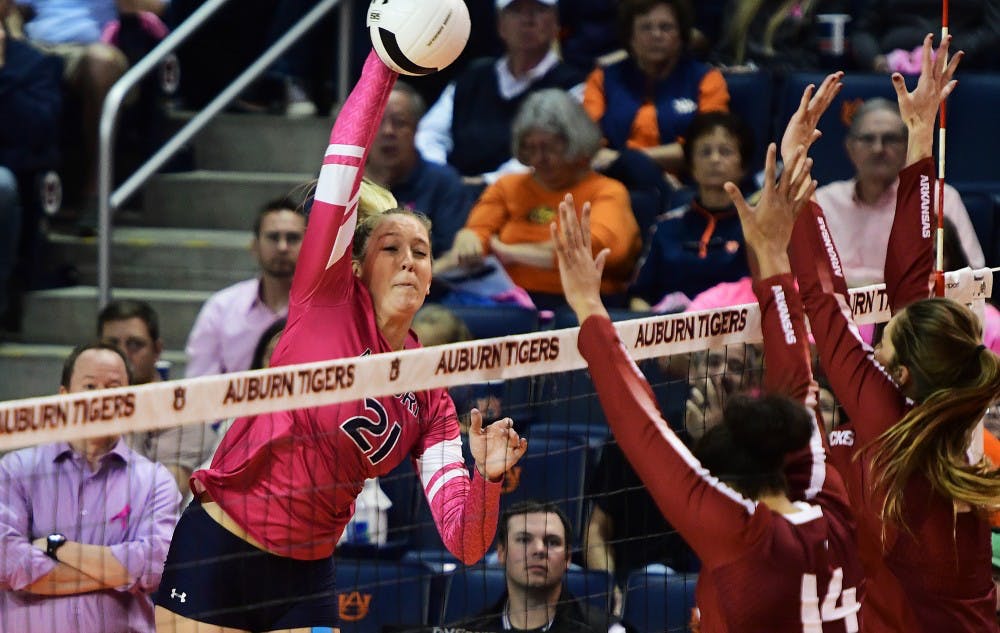 Auburn, AL(EETV)- Volleyball brought in the month of October facing the Alabama Crimson Tide at home in the Auburn Arena Wednesday, October 2nd.

With an identical score of 25-23 for the first two sets, Auburn was scarcely defeated by two points. During the third set, they came back taking Alabama down 25-18. However, the Alabama Crimson Tide took the match by winning the final set 25-20.

The match was very energetic and exciting throughout the entirety of the four sets. Due to the undeniable rivalry between Auburn and Alabama, the Auburn fan base of this match showed up and showed out cheering on the women until the very end.

Leading the way for the Tigers was Tatum Shipes who had season high 17 kills during the match. Enija Bidzane added 12 kills and Megan Kull had a personal best of 43 assists.

Auburn’s next opponent is Tennessee this Sunday, October 6th, at 1:30 P.M. CST at the Auburn Arena.