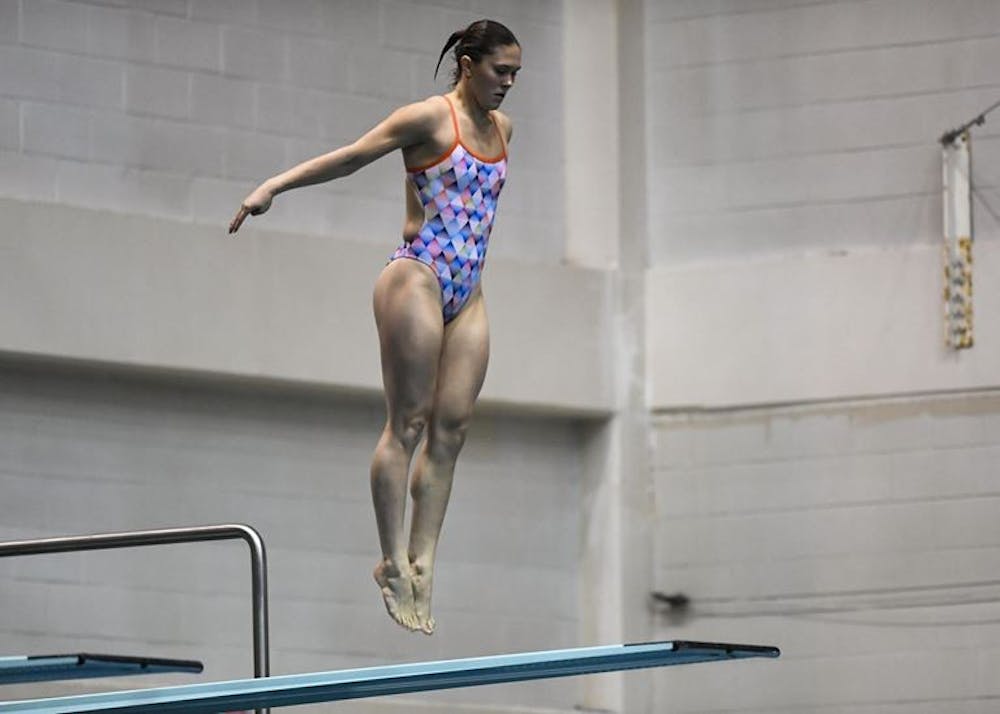 Auburn, Ala. (EETV) Auburn’s Swim and Dive team continues to earn SEC honors every week. Last week, Julie Meynen was awarded SEC Women’s Swimmer of the Week. This week, the programs added two more honors after sweeping both the women’s and men’s LSU this past weekend.

The SEC Women’s Diver of the Week went to Alison Maillard as she won both the 1-meter and 3-meter diving competitions. Maillard scored a whopping 326.55 points in the 1-meter event just 9 points shy of the current Auburn record. Later that Saturday, she would put up 323.78 points in the 3-meter event.

Maillard totaled 18 points in these two events, ultimately giving Auburn its first head-to-head victory against LSU with a score of 185-108.

On the men’s side, Jack Armstrong also put up big numbers in his first collegiate meet. Armstrong received SEC Men’s Freshman of the Week in an unforgettable performance. He swam first leg in the 400-freestyle relay that would eventually lead the Tigers to first place, as well as swam anchor on the 200-medley relay that lead the team to second place.

Combining all three events, Armstrong contributed 26 points against LSU this weekend, giving them a 187-111 victory to open up the 2019-20 season.

Taking a look at this weekend, the women’s team will travel to Arkansas to face the Razorbacks in another SEC matchup. The meet is scheduled for 11 a.m. CT. Next weekend, the men’s team will face off against Navy in Annapolis, MD on Saturday, Nov. 2 at 11 a.m CT.