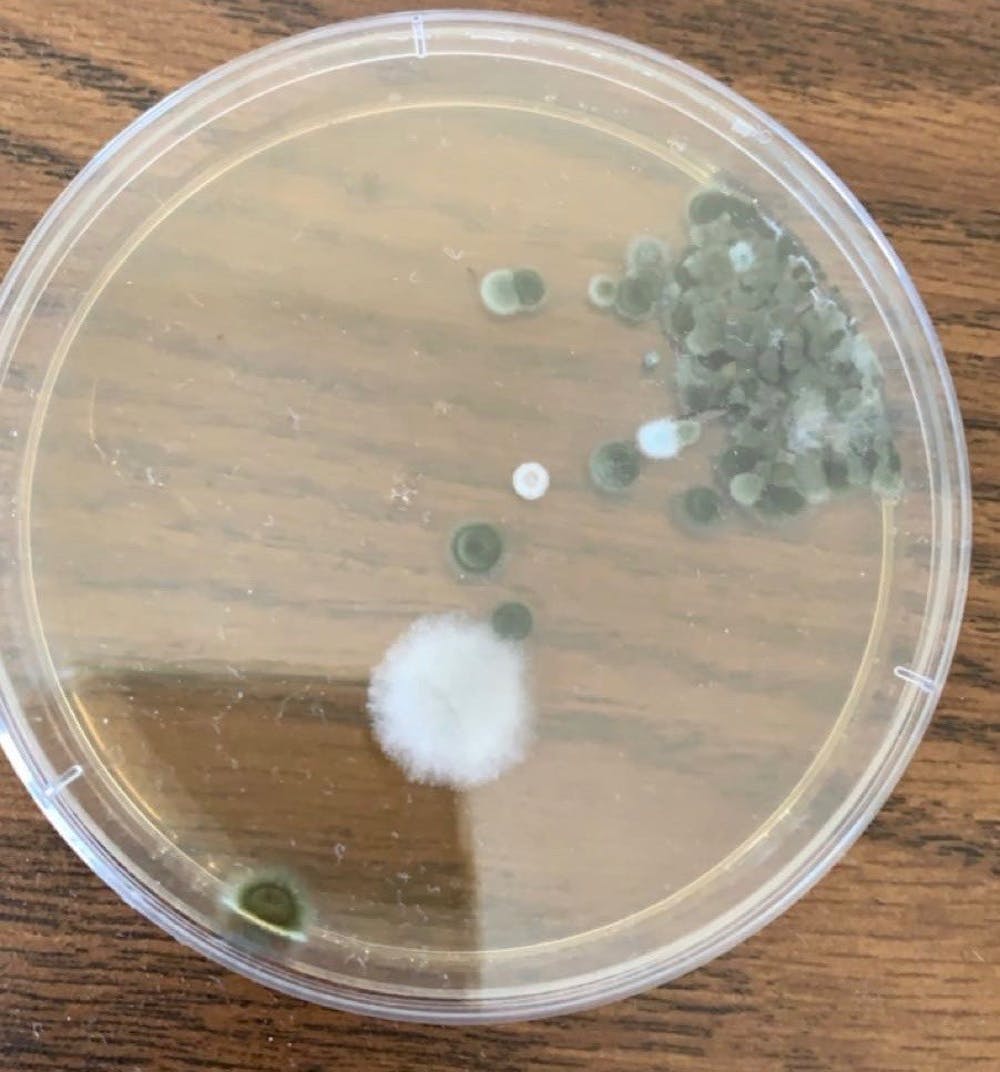 AUBURN, Ala. (EETV) - Black mold has been reported in Auburn University's Hill residence halls, built in the early 1960's.

The Hill is home to over 1,500 undergraduate students. One student recounted her evacuation from her room in the Hill due to the presence of black mold in an interview with Eagle Eye TV.

Then, the student noticed "black mold growing in the corners, in the air vent and in the shower" of her dorm room.

Stachybotrys chartarum, or black mold, is found in areas of moisture, high humidity, water leaks, condensation, water inflitration or flooding, according to the Centers for Disease Control.

They decided to buy a petri dish to check. The dish grew not only mold, but other unknown substances. According to the Centers for Disease Control, "no matter what type of mold is present, you should arrange for its removal."

The organization also listed symptoms such as a stuffy nose, wheezing, red or itchy eyes or skin as a result of exposure to mold.

Auburn's Director of University Housing and Residence Life Kevin Hoult said the housing department works "closely with Property Management and Risk Management to perform a thorough investigation of any rooms reporting environmental concerns" in a statement to Eagle Eye TV.

They eventually contacted the housing department directly. The students and their suitemates were confirmed to move out on Sept. 16, a week after contacting the department. A room in Auburn's Village residence hall neighborhood, built in 2009, opened up and Allen and her roommates moved there.

"Our number one priority is our residents, and we want the on-campus residential experience here at Auburn University to be one that will positively be remembered for years to come. We understand the importance of living in a safe and healthy environment. If any resident is having concerns regarding environmental issues in their living space, they are encouraged to submit a work order," said Hoult.

Hoult said a complete list of Property Management’s investigation procedures and tips on managing environmental concerns can be found on the department's Environmental Concerns Webpage.

Allen says that they were "only given two days to completely move out and the move was very hard." After moving to the village, Allen and her suitemates have began to feel better.

In order to enhance student life, The Auburn Board of Trustees approved a project to replace the Hill and Cambridge residence halls on September 13. The board stated in their fiscal budget report that "replacement [of the Hill] will occur through a series of projects over the next five to 10 years."

"We are excited about the Board's approval of replacing the Hill and Cambridge residential facilities.  This initiative has been in the works for several years and obtaining the Board’s approval is a major milestone of our strategic housing plan.  Our plan, which is a five to 10-year plan, is intended to holistically develop an on-campus housing program to enhance the student life experience while accommodating as many interested first-year students as possible," Hoult said.