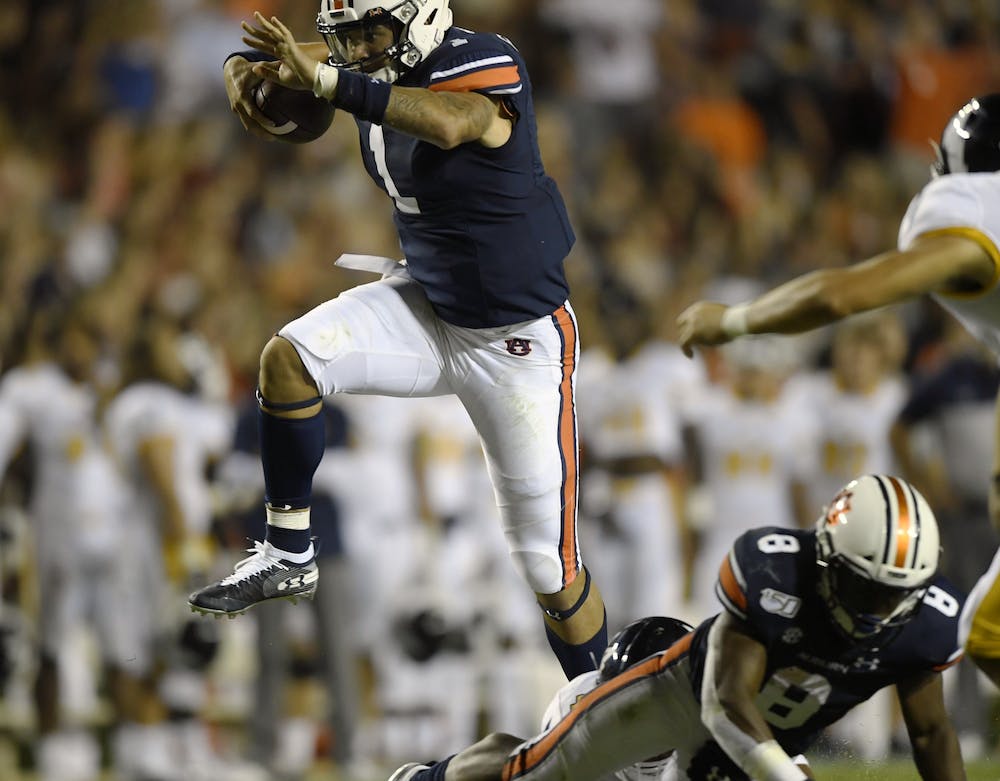 Update: The athletic department has released a statment from Gus Malzhan about Joey Gatewood in his weekly SEC Coaches Teleconference.

Malzhan spoke about Gatewood saying, "I really appreciate Joey, when he didn't win the starting job earlier, he chose to stick around when most guys would quit. He's just at a point where he feels like he wants to be the starting quarterback and wants to start finding the right schools for that spot. He's a fine young man and we appreciate everything he's done for the program."

The Jacksonville native was recruited by Auburn as ESPN's no.3 duel-threat quarterback. Gatewood will now enter the transfer portal where he will have to sit out for the rest of the season while he looks for a new team.

Cord Sandberg will now take the role of backup to freshaman Bo Nix who won the the starting job over Gatewood during fall practice. Sandberg is a former minor league baseball player who transfered to Auburn in 2018. He has seen limited play but will now be the next man up if Nix were to go down.

Original Story: Redshirt freshman quarterback, Joey Gatewood's future with the Auburn football team is up in the air. The Auburn athletics department has informed Eagle Eye TV that they will be issuing a statment on Gatewood soon.

This comes amid reports from 24/7 Sports and Auburn Undercover, that backup quarterback Joey Gatewood has left the Auburn football team.

Gatewood did not attend practice on Tuesday as he was considering his future with the program.

Eagle Eye TV will continue to update this story as it develops.