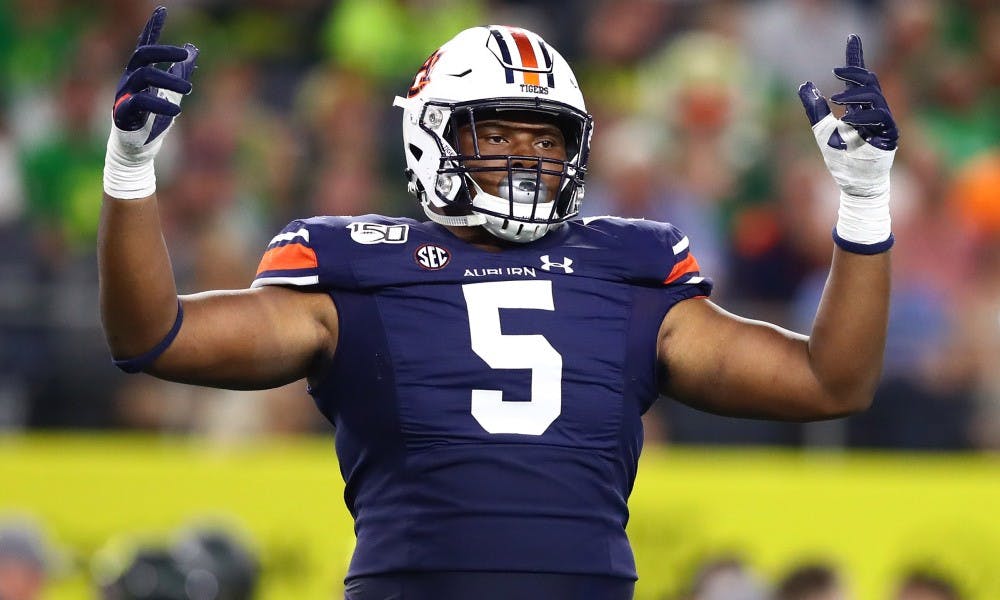 AUBURN. Ala. (EETV) Mark Dianno, Maxwell Football Club President, announced the 2019 semifinalists for the 83rd Maxwell Award and the 25th Chuck Bednarik Award. This year there are 20 candidates listed, 19 of which are from a Power Five conference. The remaining student-athlete is from a Group of Five school.

Among the candidates, Auburn's leading tackler, Derrick Brown, is recognized for both awards. Brown has had a solid season with four sacks, two forced fumbles, and seventeen solo tackles. The senior has also been named SEC Defensive Player of the Week for two times during the regular season.

The 2018 Maxwell Award for the Collegiate Player of the Year went to Alabama quarterback, Tua Tagovailoa. The junior is currently leading the Alabama Crimson Tide to an 8-0 record, with playoff hopes in vivid sight. Returning as a semifinalist, he leads the way for many other familiar candidates such as Justin Herbert (Oregon), Johnathan Taylor (Wisconsin), and Travis Etienne (Clemson).

Semifinalists for the 25th Chuck Bednarik Award for the Outstanding Defensive Player of the Year are full of fresh faces this year. Six different conferences are highlighted, including six student-athletes from the SEC and five from the Big Ten. Last year the Chuck Bednarik Award went to Kentucky's Josh Allen. Allen was elected in the first round of the 2019 NFL draft by the Jacksonville Jaguars. Allen currently has seven sacks and two forced fumbles on the year.

Semifinalist voting for the awards will be presented by the Maxwell Football Club and will begin on Oct. 30 and will run through Nov. 24. Three finalists will be recognized for each award on Nov. 25, as well as a second round of voting.

The winners of the 83rd Maxwell Award and the 25th Chuck Bednarik Award will be announced during the ESPN Home Depot College Football Awards Show on Dec. 12, 2019. This show, sponsored by Gildan, will be broadcasted live on the ESPN channel and app. The formal presentations of these awards will be showcased at the Maxwell Football Club's Awards Dinner on March 6, 2020 at the Tropicana Casino & Resort in Atlantic City, New Jersey.