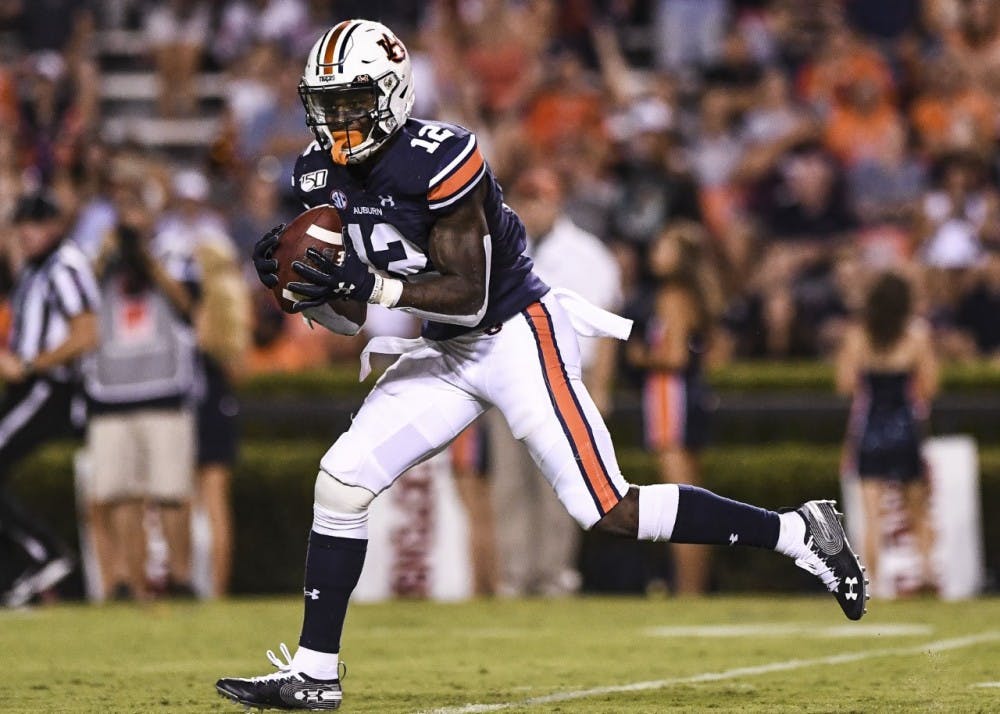 Auburn, AL (EETV)- Eigth ranked Auburn took down the Kent State Golden Flashes with a dominating 55-16 win. The Tigers seemed to put some of the pieces together at the right time as a pivotal matchup with Texas A&M awaits them next week. Here are some of the big takeaways for the Tigers.

The Tigers seemed to open up more holes in the defense than the last two games rushing for 467 yards along with 166 yards recieving. Bo Nix and Joey Gatewood showed fans more of their running abilities which can give the Tigers more options in the ground game. Eli Stove had a solid preformance with six catches for 88 yards and one touchdown. Even though they weren't facing a premier defense, Tiger fans have to feel that last night was a step in the right direction on the offensive side of the ball.

2. The Defense Continues to Shine

Although they were prone to giving up third down conversions, the defense seemed to get stronger as the game went on. The Tigers gave up 92 yards rushing and 229 yards passing as Kent State would find the end zone only twice in the game. Marlon Davidson had a career best 2.5 sacks and tackles for loss while Jerimiah Denson made 8 tackles. Derrick Brown would leave the game after the first Kent State drive of the game. According to ESPN, Brown was "winded" but there are some that suspect he could have a small knee problem. Coach Malzhan will provide updates in the next couple of hours on his condition.

Auburn's first two victories weren't the prettiest games in general. Auburn had to overcome an 15 point deficit to Oregon and then grit out a victory at home against Tulane. Last night the Tigers poured on 55 points which was more than they scored in their last two games combined. Auburn players and fans seemed to be frustrated last week after only scoring 24 points against Tulane, but hopefully for them, last night was a confidence booster going into their first SEC matchup with Texas A&M.