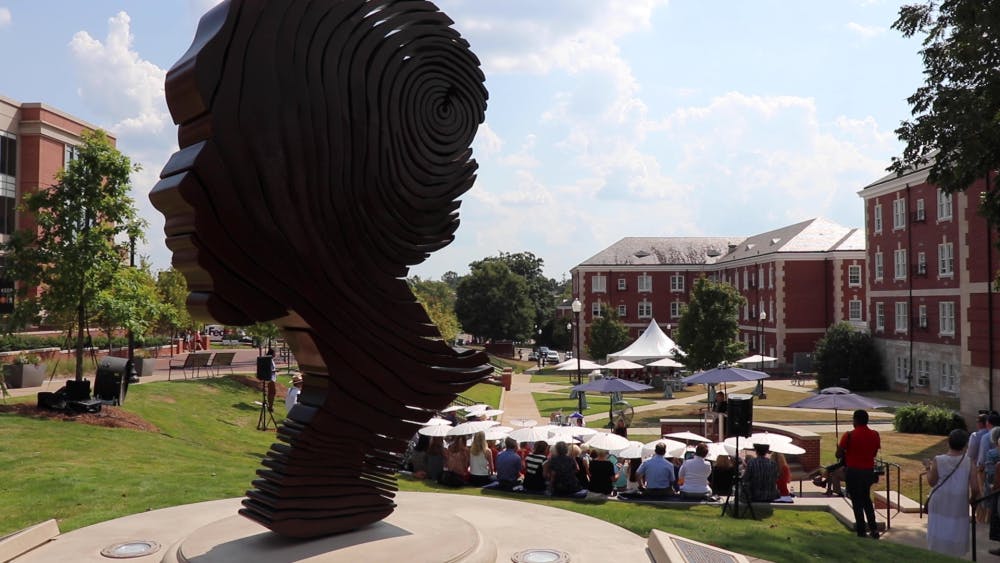 AUBURN, Ala. (EETV) - The new statue near Mell Classroom building was officially dedicated Friday afternoon as part of the 125 year anniversary of women attending Auburn University.

Interim President Jay Gogue called the event "a great day at Auburn University," and noted that today about 50% of the student population is female.

Board of Trustees member Sarah Newton said, "the role of women at Auburn is more than a historical snapshot. Women are such an integral part of our heritage and our future."

The statue was constructed over the summer by design company Advent. It was led by 2011 MBA Auburn graduate and Advent Design Director, Lauren Duke Patterson.

The bronze statue weighs near 1,000 pounds and is just under 7' tall.

According to Facilities Management the statue will pay tribute to Katherine Broun, Margaret Teague and Willie Little, the first women admitted to Auburn in 1892.