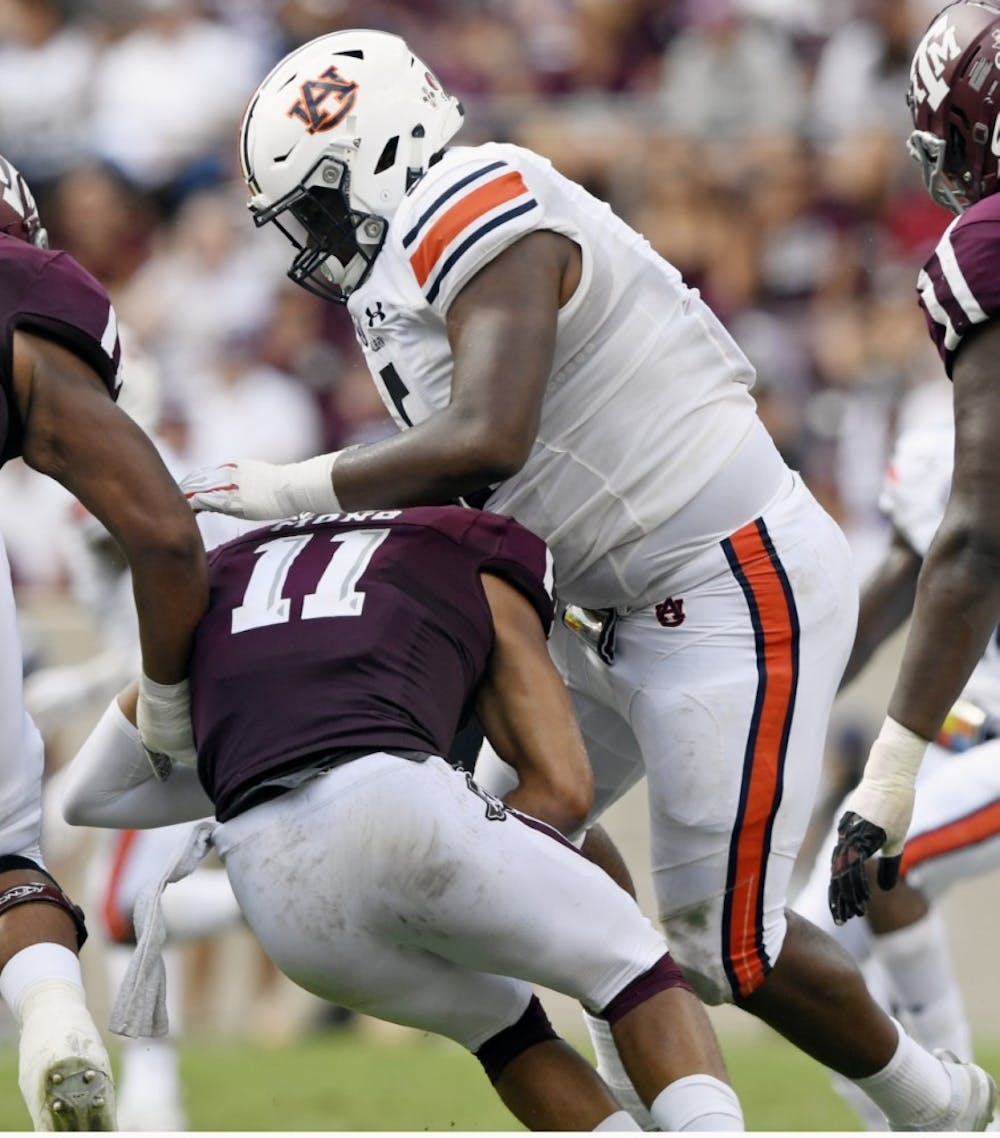 After leaving the Kent State game early with an upper body contusion, defensive lineman Derrick Brown was a man on a mission Saturday against Texas A&M as he was awarded the Bednarik Player of the week.

Brown could not be stopped as he totaled four tackles, two sacks, three tackles for loss, two pass breakups and one forced fumble. He was the first Auburn player to record a sack, tackle for loss, forced fumble and pass breakup in one game since 2012.

This is not the first time an Auburn player has been recognized for their outstanding performance as linebacker Darrell Williams was named SEC co-defensive player of the week in week one, along with LSU's linebacker Jacob Phillips.

Defensive lineman Marlon Davidson was awarded in week two, and then again in week three.

Auburn will need to continue their defensive malice with the meat of their SEC schedule approaching.