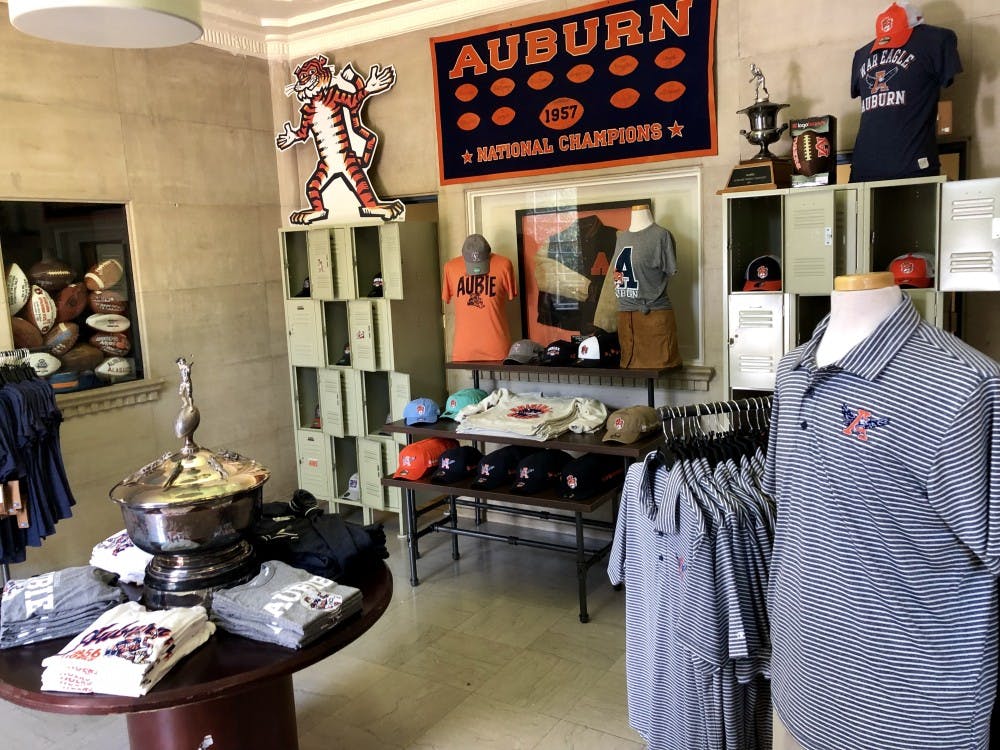 AUBURN, Ala. (EETV) - Petrie Hall, the old field house for the Auburn football team, will debut a pop-up shop to celebrate Homecoming weekend.

Opening Friday, September 13 from 3-5 p.m. and Saturday, September 14 from 11 a.m.-5 p.m., the historic Petrie Hall will feature merchandise including Auburn's vintage College Vault logos and a new line introducing the Original Aubie, to celebrate Auburn's award-winning mascot. This new shop will complement the gameday locations of the Official Team Shop and will be open each Saturday before home football games.

Be sure to visit Petrie Hall this weekend as the first 150 fans at Friday's grand opening will receive a free Aubie Coke bottle to celebrate the weekend.

The new Original Aubie line will portray, the Original Aubie who adorned many of Auburn's game programs and tickets from 1959-1976. This Aubie, drawn by Phil Neel, received his name in 1969 when he appeared on the game day program against Clemson. Since the birth of Aubie, he has been an anticipated presence at gameday and received Captain One Mascot of the Year in 2014.

While fans shop this weekend and through the season, they can step back and recount on the rich history of Auburn Athletics through the commemorative merchandise. Often fans wonder why the old field house, Petrie Hall, is diagonal. Interesting enough, this is because the building is aligned with the hash marks of the football field. The building is named after George Petrie the first football coach at Auburn and author of the famous Auburn Creed.

Although it has been over eighty years since Petrie Hall served as the field-house for the Auburn football team, it is excited to kick-off Homecoming weekend and set up its shop every Saturday of Auburn's home season.