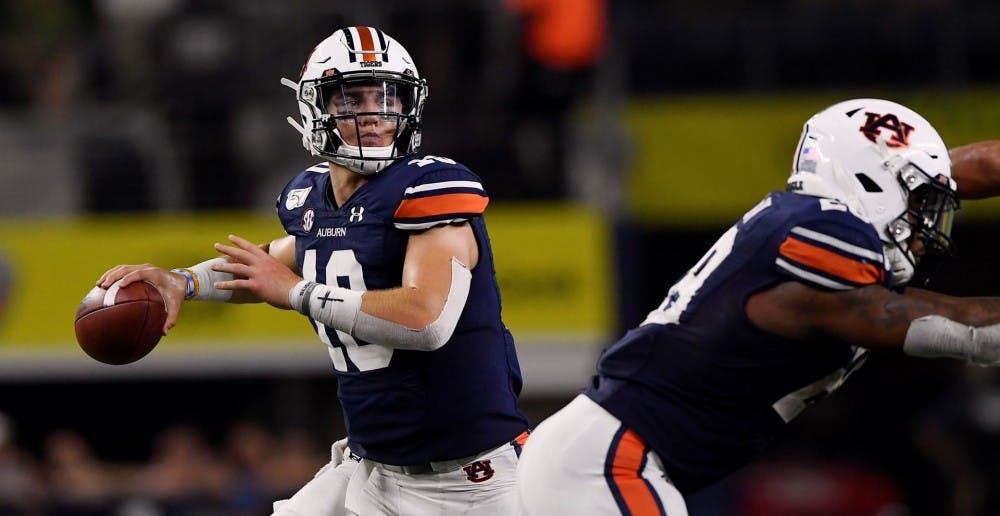 AUBURN, Ala. (EETV) - After a big comeback win against Oregon in week one, the Tigers now look to week two to focus on their home opener against Tulane.

The Tigers came out on top last week against Oregon but that did not come easily for them. True freshman quarterback Bo Nix struggled, going 13-31 and threw two interceptions.

Despite struggles, the team pulled out the win and is focused on putting that behind them. Head Coach Gus Malzahn commented on the issues of game one and said, “We’ve got to put that in our rearview mirror. Our challenge now is to make the biggest improvement of the season from game one to game two.”

Looking forward to this weekend there are many questions still up in the air. A big question is how much improvement should fans expect to see from Bo Nix entering week two. Malzahn answered saying, “You know, he at least has a game under his belt now and there’s a lot of things that he knows he can be better at than he was the first game, so we all expect to improve.”

Malzahn talked about the home opener saying, “We’re looking forward to being at home. We’re very excited about our crowd and everything that goes with it.”

Despite Tulane being a non-Power 5 team Malzahn still feels it will be a good game. “It’s really one of the better teams non-Power 5 that we’ve played since I’ve been the head coach. I’m very impressed with them and we know we’re going to get their best,” Malzahn said.

The Auburn Tigers will kick off their home schedule Saturday at 6:30 p.m. CT at Jordan-Hare Stadium as they take on the Tulane Green Wave. Fans are asked to wear white.