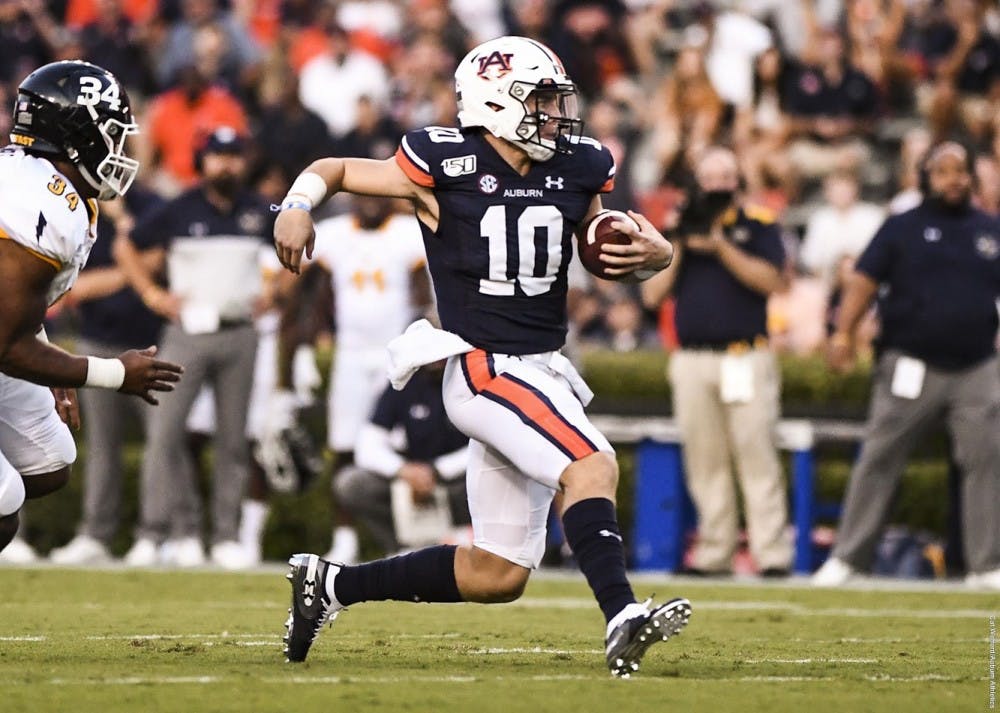 Nerves are at an all-time high for Bo Nix and the Auburn Tigers as Saturday’s game will be Nix’s first SEC game, first true road game, and his first time in College Station. Nix commented on the upcoming match up saying, “I’m going to have to do my very best to prepare and do my job so that I can help the team as much as I can come Saturday.”

Nix has a couple of goals for the weekend but the one that stands out the most is that he is aiming for perfection. Nix said, “My mentality going into every game is to try to be perfect and try to hit every pass.” He also commented on his progress saying, “I have improved…Three games in, I feel like I'm in a good spot and I'm looking forward to the next few weeks and keep getting better.”

The Tigers are pumped up going into conference play and what the weekend will entail. Head Coach Gus Malzahn commented on the excitement saying, “You can kind of tell a different excitement, not only from our players, but our coaches. The conference season is here and that’s kind of what we’ve been gearing up for these first three games.”

Although the Tigers came out on top last weekend against Kent State, it didn’t come without a few mishaps. Defensive Back Smoke Monday was disqualified from last weeks game for a targeting penalty in the second half. This incident suspends him from the first half of Saturday’s game. Malzahn mentioned the suspension saying, “Any time you lose a guy like that for a half, that’s a big blow to us… and the good thing is he’ll be fresh when he shows up in that third quarter.”

Other players who will potentially miss Saturday’s game due to injuries include Derrick Brown, Seth Williams, and Prince Tega Wanogho. In the press conference Tuesday afternoon with Gus Malzahn he gave injury updates saying, “We’ll see how they’re doing. I’m not ready to say – it’s still day-to-day -- but they’ll be out there, and we’ll be evaluating.”

The Tigers look to keep their winning streak alive as they take on the Texas A&M Aggies Saturday at 2:30 p.m CT. The game can be found on CBS.