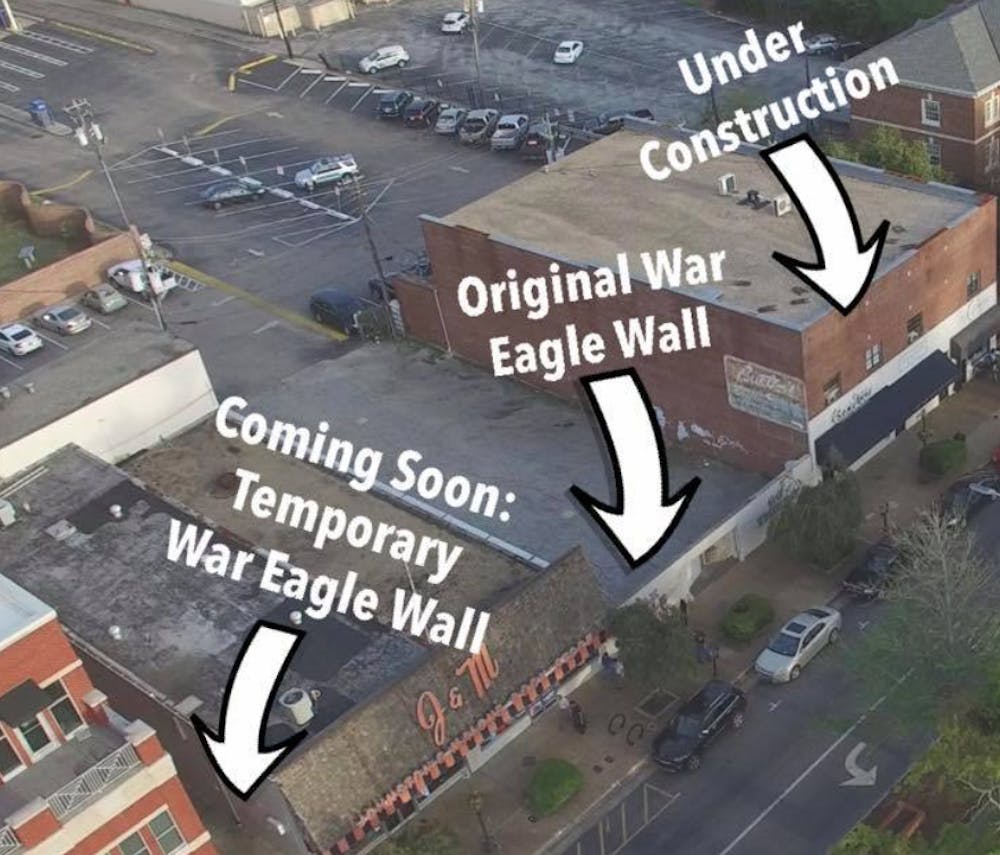 AUBURN, Ala. (EETV) - The beloved War Eagle Wall will be temporarily covered and unavailable for photos due to construction on the neighboring building according to J&M Bookstore.

During the construction, there will be a temporary recreation of the War Eagle Wall in the alley between J&M Bookstore and Ware Jewelers. It will be recreated by the company that painted the original War Eagle Wall and will remain until the wall is uncovered and available for photos again.

J&M Bookstore told Eagle Eye TV that they are unsure of how long the original War Eagle Wall will be covered. They said it could possibly be unavailable for six months to a year.

The bookstore does not own the wall but arranged its painting in the late 1960's with other businesses in downtown Auburn. Since then, the War Eagle Wall has been a widely known icon in Auburn and one of the city's most popular spots for photos.