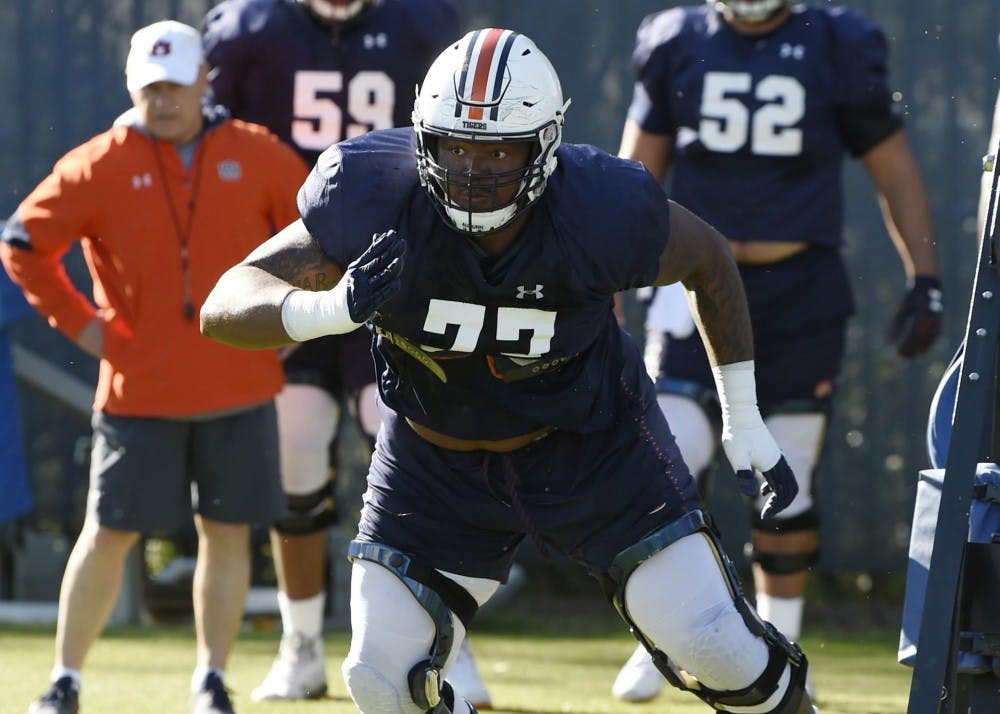 AUBURN, Ala. (EETV) - The Auburn Tigers Football team heads to Dallas, Texas for their season opener against the Oregon Ducks this weekend.

The No.16 Tigers will kick off their 2019 season Saturday at AT&T Stadium as they face No. 11 Oregon. This will be the first meeting of the two teams since the 2010-2011 National Championship, where Auburn defeated Oregon 22-19.

Auburn will arrive in Dallas Friday afternoon and head straight to AT&T Stadium for their walkthrough. Senior Marquel Harrell spoke on the topic saying, “It's good to have a walk-through Friday because you get to go in there…to not get caught up in the big lights, I'd rather go in there Friday night and get the jitters out.”

As the Tigers prepare for Saturday’s game, the pressure is high for true freshman starting quarterback Bo Nix. Auburn’s coaching staff made the official announcement Aug. 20 that Bo Nix would be the starter over redshirt sophomore Joey Gatewood.

In a press conference on Tuesday Aug. 27 Coach Gus Malzahn answered many questioned regarded Nix and said, “I am just asking him to play and be himself. We are going to try to do some things he feels comfortable with. We are taking in a game plan that is really built around him and what his comfort zone is. I am excited for Bo and I know our team is, too. He has earned the right to lead us out there and we will see what happens.”

The game will be covered by ESPN College GameDay and played in an NFL Stadium, the stakes are high for Auburn but Senior Jack Driscoll is excited. He says, “As a team, we're really excited. As an offensive line especially, we're excited for the challenge we have."

The Tigers will kick off their season Saturday at 6:30 p.m. CT and the game can be found on ABC.