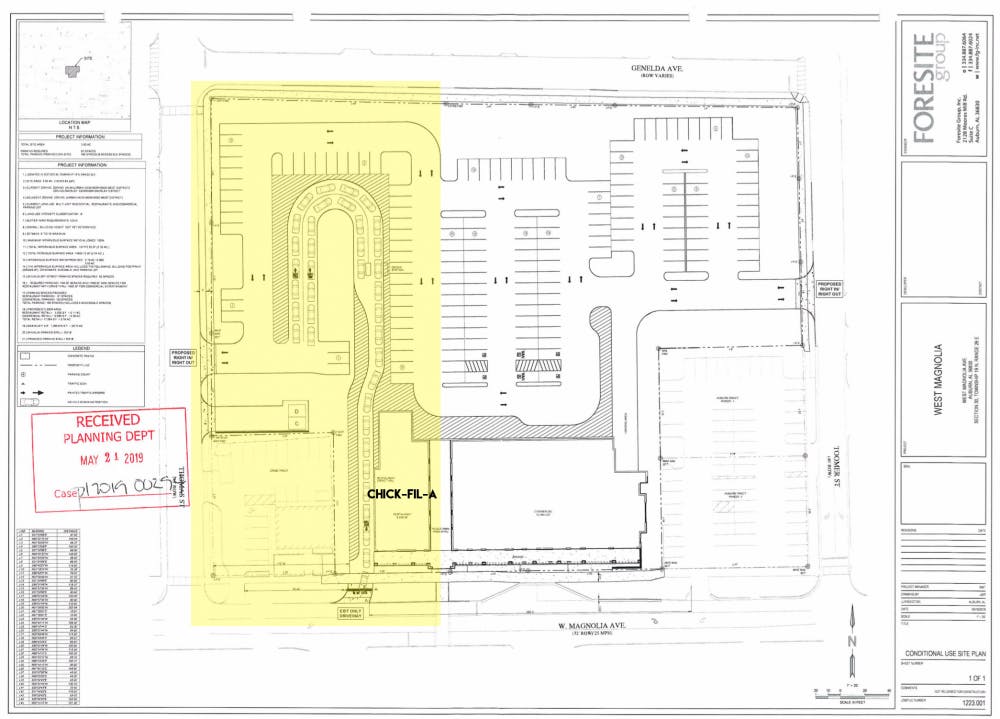 AUBURN, Ala. (EETV) - Relief could be coming to the traffic backup on West Magnolia Avenue that occurs every lunch hour as cars line up to get Chick-Fil-A.

At least, if Foresite Group has their way. The engineering firm will propose a redevelopment to the 320 West Magnolia block to the Auburn Planning Commission tonight.

That block includes Chick-Fil-A. The proposed plan would relocate the entrance to the restaurant to Thomas Street and expand the drive-thru line, according to plans submitted to the commission. Maps submitted indicate that the exit to the drive-thru would remain on West Magnolia Avenue.

Currently, West Magnolia Avenue experiences traffic backups at the popular restaurant due to cars trying to get into the drive-thru line.

With the proposed plan, the Foresite Group would combine eleven lots in the block into a single lot. Those lots include Chick-Fil-A, Dominos Pizza and several apartment buildings. The redevelopment would not include Subway or Auburn University parking spaces. The area is about 3.5 acres.

Comments submitted with the plans say the restaurant would be one of several commercial uses on the first floor of a multi-story building.

The comments also indicate a larger sidewalk could be coming to the block. "Several components of the proposed use improve the existing condition. The proposed relocation of the entrance to Chick-Fil-A will greatly improve the vehicular flow along West Magnolia Avenue. An improved sidewalk ad planting area will improve the pedestrian experience."

The Planning Commission meets Thursday at 5:00 p.m. to discuss the development.