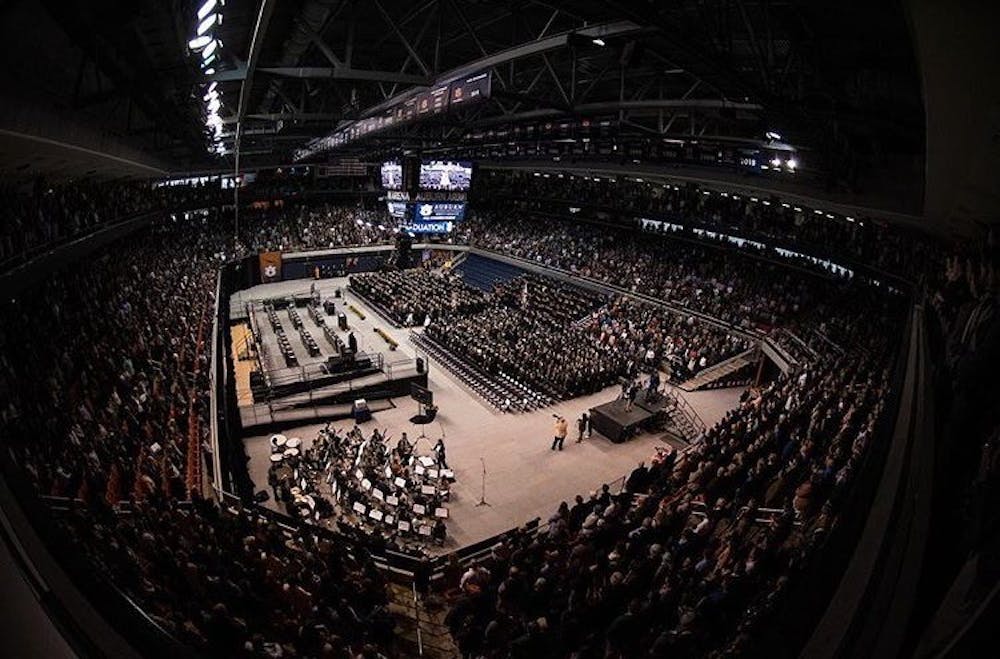 AUBURN, Ala. - Five main ceremonies for Auburn University's spring commencement will be held May 4-5 inside the Auburn Arena. Its two professional schools will hold their separate ceremonies May 6.

Ron Sanders, 1982 Auburn graduate and president of Theatrical Distribution and Home Entertainment at Warner Bros. Studios, will speak at the Saturday ceremonies.

Sanders is an emeritus member of the advisory council at the Harbert College of Business and served on its recent campaign committee. He and his wife are supporters of the business college through a study abroad scholarship endowment. They also support the new Jay and Susie Gogue Performing Arts Center with an endowment for the celebration of Music in Film.

Jacobson has been instrumental in a number of Delta initiatives, including the purchase of the Trainer refinery, balance sheet initiatives that have resulted in nearly $10 billion in debt reduction, the expansion of the T4 facility at JFK International Airport and the airline’s capital allocation strategy.

He serves on the board of trustees for the Auburn University Foundation, board of visitors at the Owen Graduate School of Management and the Harbert College of Business advisory board.

Stephen Davis will provide a keynote address at the school’s commencement ceremony at 2 p.m. May 6. Davis is a 2008 graduate of the Harrison School of Pharmacy and accepted a position as director of health system strategy with Shields Health Solutions earlier this year.

Doug Meckes, a 1975 graduate of the College of Veterinary Medicine, will speak at the college’s commencement ceremony at 6 p.m. May 6. Meckes is the state veterinarian of North Carolina and serves as assistant director of the Government Relations Division of the American Veterinary Medical Association.

Doors to the arena open two hours prior to each ceremony. Graduates should arrive no later than one hour before their ceremony is scheduled to start.

A list of answers to frequently asked questions and a parking map is available online.