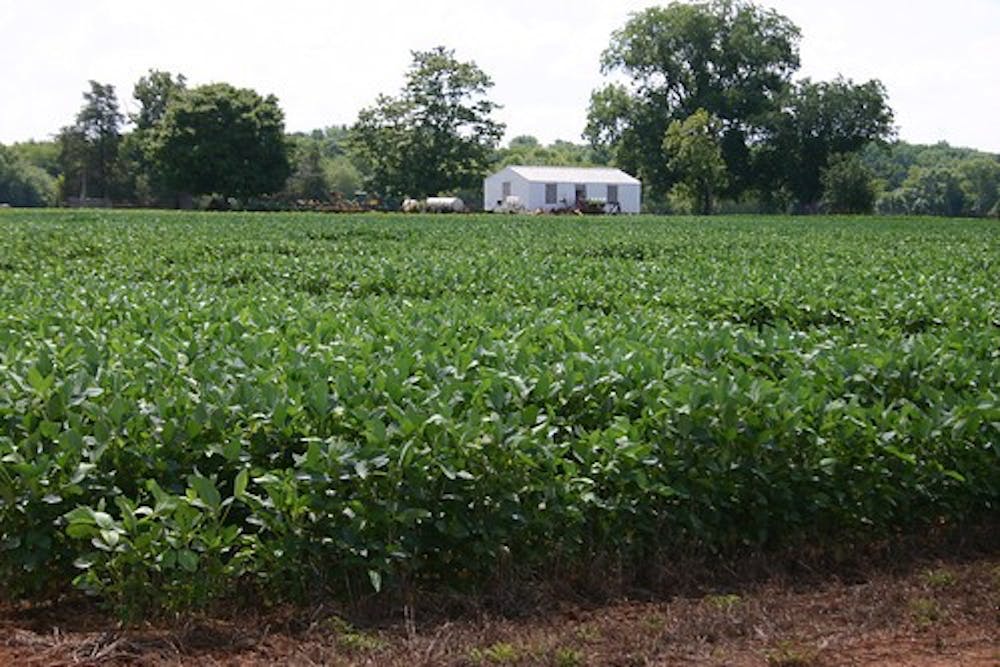 AUBURN, Ala. - A recent study coauthored by Auburn University researcher Loka Ashwood addresses what and whom right-to-farm laws protect.

The study recently appeared in the Journal of Rural Studies and was written by Ashwood, assistant professor in the College of Agriculture’s Department of Agricultural Economics and Rural Sociology, along with Danielle Diamond, researcher for Northern Illinois University, and former Auburn graduate student Fiona Walker.

This is the first time a study has examined right-to-farm laws in this way, and the results don’t bode well for small and medium-sized farms.

“On the aggregate, such laws protect industrial-scale operations and the production of profit as the ultimate aim of farming,” stated the study.

All 50 states have right-to-farm laws, and the name suggests a defense of farming livelihoods against the trends of industrialization. Rural people desperately need this protection, but Ashwood says the name is deceiving.

“Right-to-farm laws constrain the capacity of certain property holders to defend their property rights,” she said. “It constrains their capacity to file nuisance lawsuits.”

Right-to-farm laws were initially proposed by legislators with the intent to protect land and smaller farms, often called family farms, said Ashwood. She said only four states include language that protects land from sprawl, but they do protect large-scale operations.

“Sometimes, right-to-farm laws reduce the ability of smaller farmers to sue large-scale operations, for reasons like their cattle have gotten sick from drinking from a polluted pond or because their well water has E. coli in it,” she said. “From what we’ve seen, the language is protecting the largest of operations.”

Farmers have been concerned with suburban and urban sprawl since the laws were first introduced in the 1970s and 1980s, said Ashwood.

Research from the study exposes how these laws reduce rural people’s capacity to protect their land, livelihoods and rights to clean soil, air and water, said Diamond.

“Farmers and rural residents who have been or will be directly impacted can hopefully use our research to educate their communities and lawmakers about the true implications of right-to-farm laws and corresponding agribusiness-driven legislative or public policy initiatives,” she said.

Any industry that only survives by imposing right-to-farm laws that take away rural farmers' basic property rights should be heavily scrutinized, said Diamond. She provided in-depth analyses of how state right-to-farm laws intersect with other statutes and regulations on the state and federal levels.

Though every state has right-to-farm laws, sociologists have never analyzed them on this level, said Ashwood.

“There hasn’t been a comprehensive 50-state study since the late 1980s when an agricultural attorney looked at the right-to-farm laws,” she said.

Through the use of descriptive statistics, researchers found that the word “production” is the most commonly used term to define a farm. It was present in 90 percent of state definitions, said Ashwood.

She said international agribusinesses appear to benefit the most from right-to-farm laws by taking profits from local landowners then concentrating that money in corporations that aren't domestically owned.

“Right-to-farm laws elevate the production of profit rather than the sustenance of labor or family,” said Ashwood. “There’s little to no mention of people who own the property and also work on it.”

Ashwood is continuing to study the laws in detail with a team. The four-year project is supported by a grant from the U.S. Department of Agriculture’s National Institute for Food and Agriculture and the Auburn University College of Agriculture’s Research Enhancement, Exploration and Development Program.