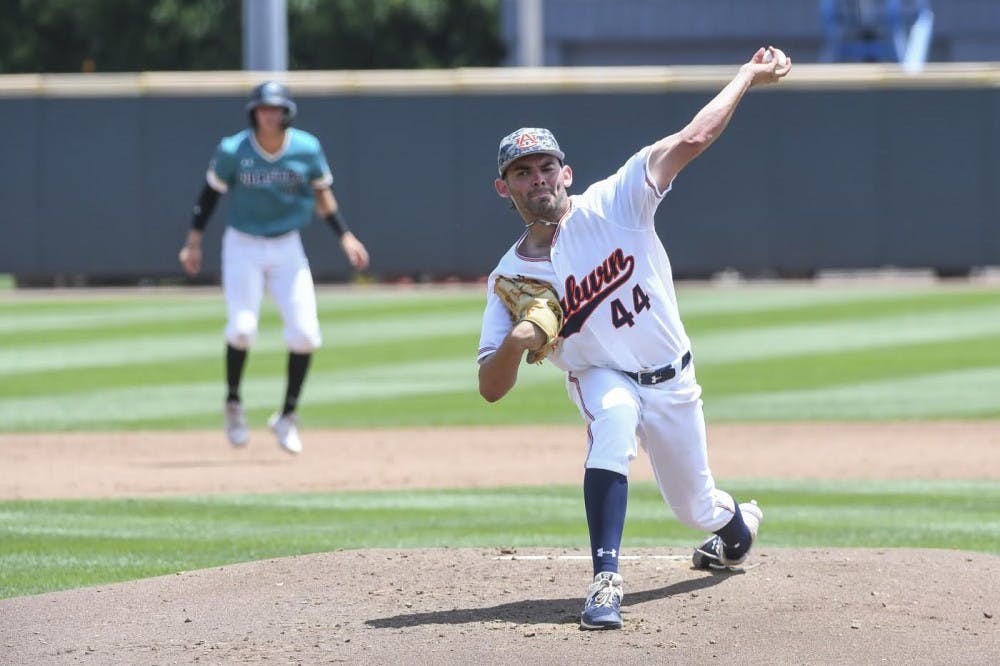 ATLANTA, Ga. - The Auburn Tigers' 16 runs in the NCAA Tournament’s Atlanta Regional Friday afternoon were the most in a regional since 2010 and the program’s third most in regional play all-time.

Steven Williams helped the Tigers achieve their 16-7 victory over Coastal Carolina with a three-run home run and a season-high five runs.

"I just wanted to let the ball travel a little bit,” Williams said. “I've been out-in-front, off-balanced a lot of times this year. It's been a rough year so far, but I really just want to simplify a lot of things, see the ball as long as I can and just try to put a good swing on it."

All nine hitters recorded at least one hit for a total of 18. Williams led with four while Judd Ward and Ryan Bliss had three apiece.

“We knew there were going to be some runs scored today, especially once we got underway,” head coach Butch Thompson said on the Auburn Sports Network.  “We scored early. We came out and scored the two runs in the first, which I thought was huge in the ballgame. The first two hitters in the lineup get six hits. Everybody in the lineup gets a hit. Steven Williams down there at the bottom gets four hits. Just a great day of offense. Probably our best of the season.”

Auburn will play the winner of Friday night's game between host Georgia Tech and Florida A&M Saturday at 6 p.m. CT.