No. 19 Auburn Catches No.12 Texas A&M Amidst Aggies' Recent Slump 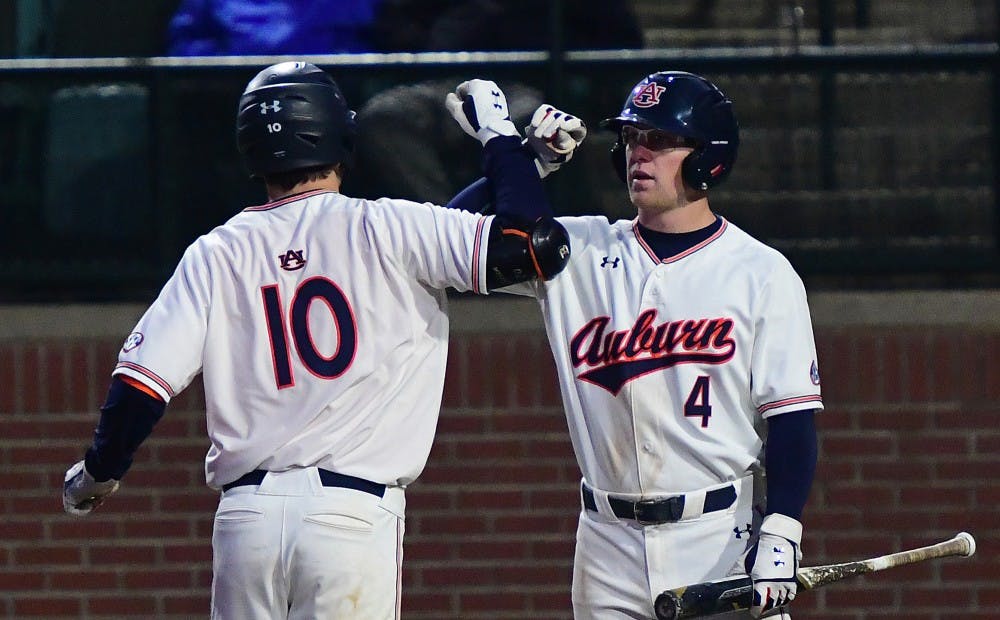 In a game that Auburn had a strong grip on through the first three innings, Auburn revealed a serious weakness late in the game; the bullpen. After getting off to a strong start defensively, the Tigers gave up six runs in the fourth inning and 11 runs overall in the game. Much of this issue came due to the Tigers' inability to get out of jams when behind in the count, an issue that was in plain sight in the seventh inning as Auburn walked six batters and gave up five more runs.

Despite a disappointing outcome on Tuesday, the Tigers are primed with an opportunity to get back on track this weekend. Texas A&M has also been experiencing struggles as of late, dropping three of their last four games. In contrast to Auburn, much of A&M's problems have been coming at the plate, as they haven't scored more than four runs in any of their outings amidst this recent slump. Should this continue, the Tigers should have the Aggies' number all weekend long, especially considering Auburn's Tanner Burns will be starting the weekend off at the mound.

Burns was recently named to USA Baseball's Golden Spikes Award Midseason Watch List, which lists the nation's top 40 players from the high school and college ranks. Behind him, Auburn should be able to quickly gain some ground on the Aggies and get away from College Station with a series win. The Tigers still, however, will need to overcome their bullpen struggles in order to keep the Aggies' bats at bay.

Auburn and Texas A&M start the series off tomorrow night at 6:30 p.m. Central. All three games of the series will be streamed on SEC Network+. Friday's and Sunday's games can be heard locally on WTGZ-FM 93.9 and WQSI-FM 95.9 on Saturday.