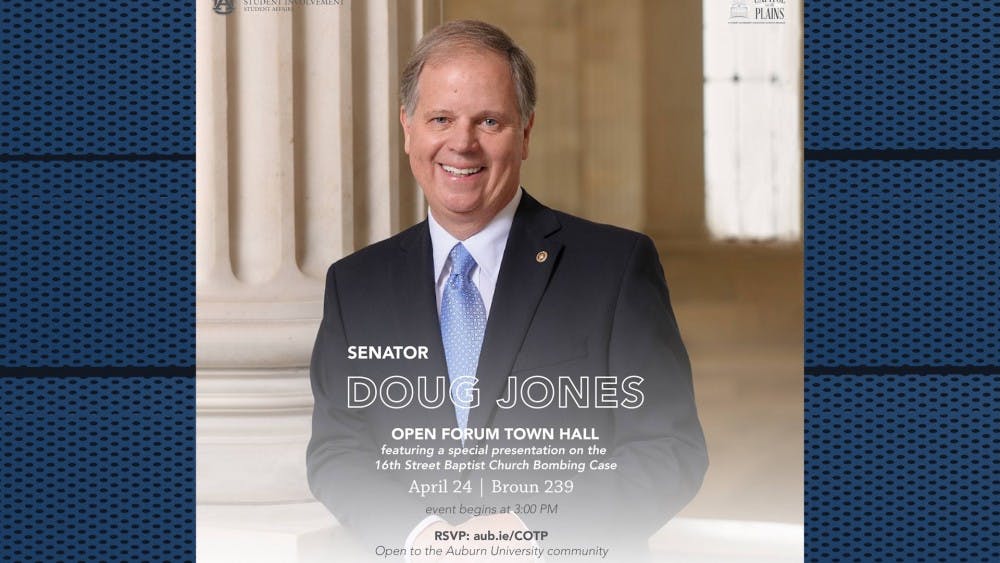 AUBURN, Ala. – Senator Doug Jones will speak on his involvement in the 16th Street Baptist Church bombing case this afternoon at 3 p.m. in Broun Hall 239.

Jones was the prosecutor in the case and successfully convicted two Ku Klux Klan members who planted the bomb that killed four young girls in the predominantly African American church.

Jones won the special election against Republican nominee and former Chief Justice of the Supreme Court of Alabama Roy Moore in December of 2017.

The senator’s appearance is one installment of Student Government Association’s Capitol on the Plains outreach efforts. After discussing his efforts to eliminate racial injustice, Jones will participate in a question and answer session with event attendees.

Capitol on the Plains is an annual event hosted by SGA inviting government officials to speak to students.

Space is limited, and Auburn University community members may RSVP to the event at aub.ie/COTP.