Auburn shows out in Series Opener Against Ole Miss 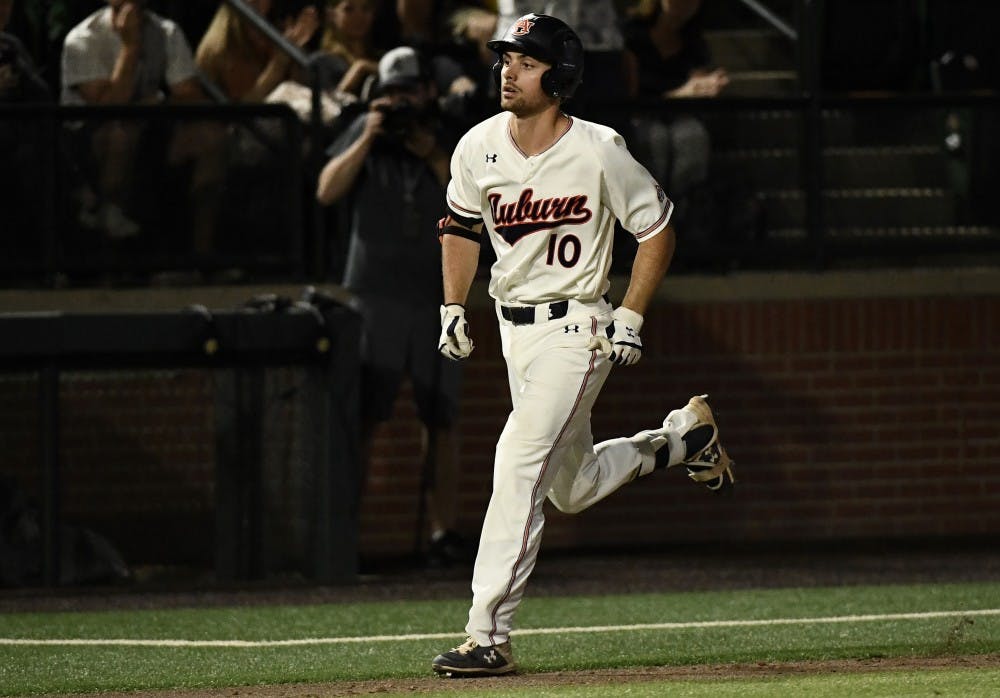 The No. 23 Auburn Tigers were back in Plainsman Park Thursday night as they begin a three-game series for an SEC matchup against the No. 17 Ole Miss Landsharks.

Garrett Wade made his first career SEC start on the mound. Both the Tigers and the Landsharks scored one run in the first inning, with Edouard Julien hitting one out to right field, allowing Judd Ward to score. Ole Miss then jumped to a 4-1 lead in the second inning thanks to two Auburn miscues in the infield.

Edouard Julien struck again singled one to left field, letting Judd Ward and Ryan Bliss to score again for the Tigers, making the score 4-3. In the sixth inning , the Tigers tied it up with Will Holland had a base hit with bases loaded and Conor Davis scored.

Steven Williams hit one out to right field in the sixth inning allowing the Tigers to take the lead with Matt Scheffler coming around and touching home plate. Edouard Julien hit his eighth home run of the season in the seventh inning extending the lead to 6-4, Julien also lead the Tigers with four RBI. Matt Scheffler sealed it for the Tigers when he added to the score off of a hit from Ryan Bliss.

The real star of the game was relief pitcher Richard Fitts. The Helena, Alabama native tossed 4.1 scoreless innings and threw a career high four strikeouts. The freshman right hander moves to 3-2 with a 3.97 ERA. Fitts said of his appearence, “I was just trying to go out there, and give my team the best chance to win. My breaking ball was working well for me as well as my fastball, so I felt really good tonight."