Auburn Loses a Heartbreaker in the Final Four 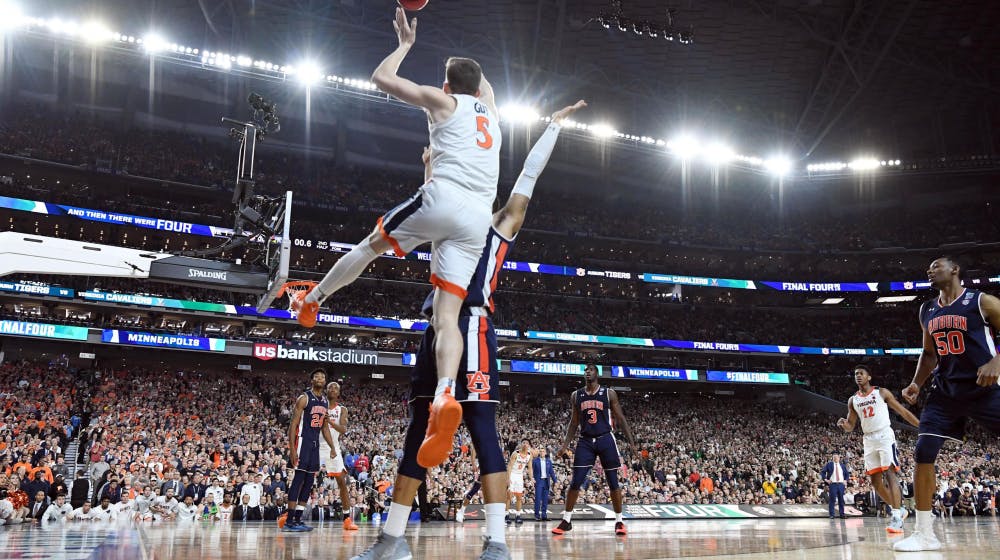 Minneapolis, MN- Auburn's dream run was ended by Virgina in dramatic fashion as Kyle Guy came through with three free throws to win the game.

Auburn held the lead late in the game but gave Virgina one chance to win the game with only 1.5 seconds to go. On the inbound, Kyle Guy took the shot and missed but the refs called a foul.

Auburn players and coaches disagreed with the call as it appeared that he leaned into the body of Samir Doughty.

Throughout the game Auburn overcame deficits to stay within striking distance of the lead. Bryce Brown capped off Auburn's 9-0 run with a three pointer to take a two point lead.

Coach Pearl spoke saying, "We wish that we could remember this game for how well we played, there were a lot of calls made, but we must remember how great this basketball game was."

Auburn's season comes to an end but Auburn fans should be proud as they finish with a 30-10 record and their first Final Four appearance in school history. Auburn will go into the offseason looking to build off this tournament run for the 2019/2020 season.