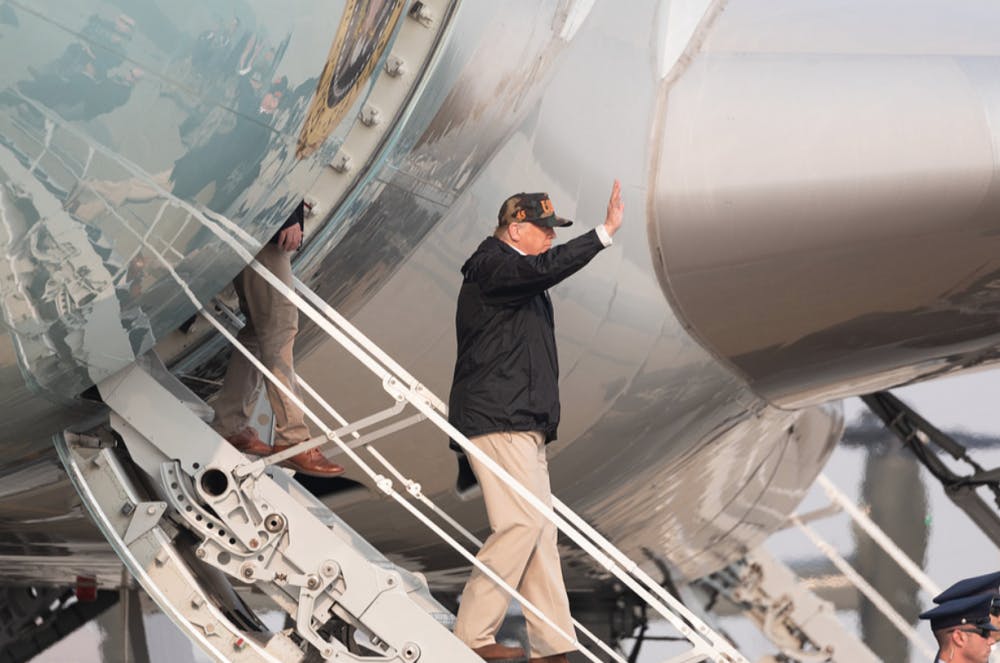 AUBURN, Ala. (EETV)- President Donald Trump is spending Friday touring the damage caused by Sunday's tornado outbreak in Lee County. Eagle Eye TV will be providing updates during the visit.

Heading now to the Great State of Alabama!

-The president and first lady landed at the Auburn University regional airport where they boarded the motorcade to the damage site.

-The president and first lady have begun their tour of the damage site.

-The president is now at Providence Baptist Church which has served as a shelter for tornado victims.

-The president is touring the victims memorial.