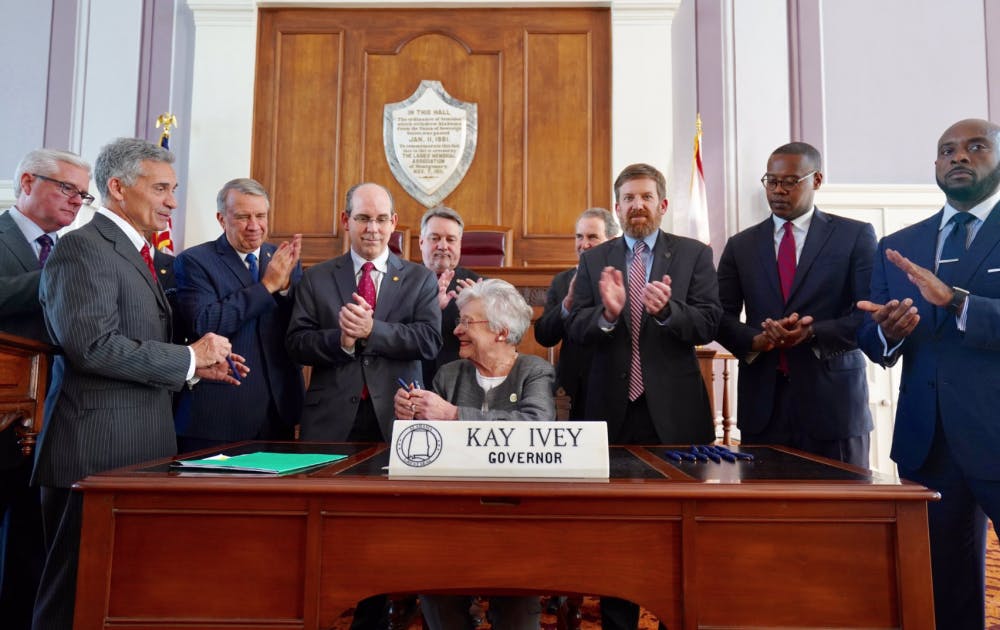 AUBURN, Ala. (EETV)- Local mayors are reacting after Alabama state lawmakers passed the first increase to the state's fuel tax since the 1990s Tuesday.

The new 10 cent per gallon tax will go towards infrastructure projects throughout the state including roads, bridges and improvements to the Port of Mobile.

The new revenue will be split three ways with the state getting a majority of the new revenue, and the rest going to local cities and counties.

Opelika Mayor Gary Fuller, who also serves as the chairman of the Alabama League of Municipalities Legislative Committee, said the new tax "will mean additional funds for cities and towns all over this great state for needed repair and maintenance of existing roads and bridges.”

Auburn Mayor Ron Anders also touted the benefits of the new revenue saying it would bring in roughly $700,000 for infrastructure projects in Auburn.

"That is very exciting and we will certainly put that to good use," said Anders.

Auburn's mayor also said that the new improvements to Mobile's port will positively impact the economy in the Auburn area.

"With our technology and manufacturing base here in Auburn that's good news for us because that will be have an impact on our goods," mentioned Anders.

The new proposal will be phased in over a series of three years and could be adjusted in small amounts after that to accommodate increases in construction costs.