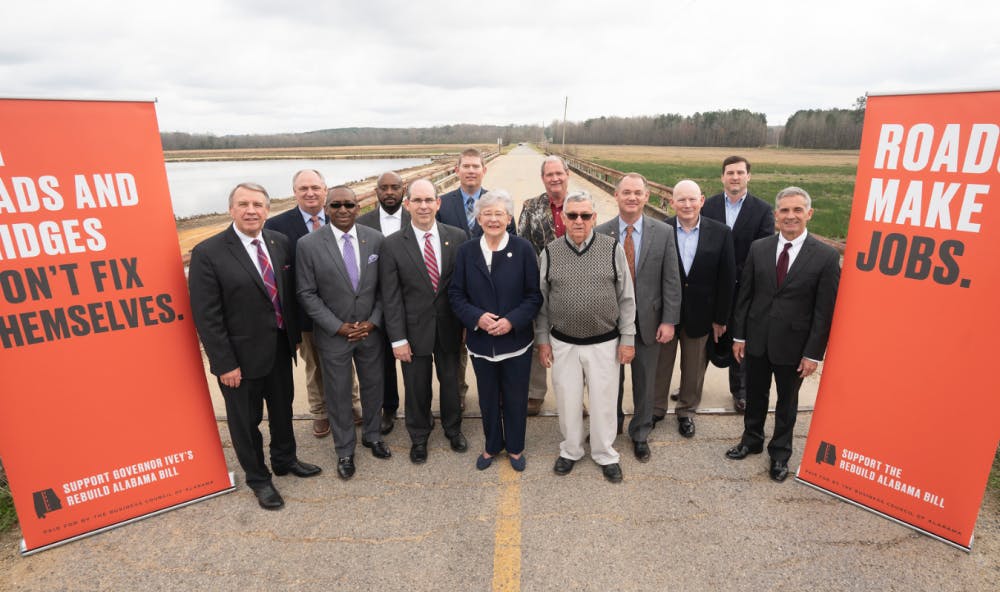 Kay Ivey and State Officials on a Bridge

MONTGOMERY, Ala. (EETV)- On the same night as her State of the State address, Alabama Gov. Kay Ivey called the legislature into a special session in an effort to approve new gas tax legislation.

“Due to the dire need to act now, I am the Alabama Legislature into a special session, focused solely on passing this critical infrastructure legislation," said Ivey. "Beginning tomorrow, as we enter this special session, we must shift our focus and tackle this issue together! It’s time to make our crumbling infrastructure system a problem of the past.”

Ivey and some state legislators have pushed the 'Rebuild Alabama' plan which would raise the gas tax by 10 cents a gallon over several years in an effort to fund infrastructure improvements across the state.

The new revenue would be divided between the state, counties and municipalities to be used mainly for road, bridge and port improvements. The legislation is being sponsored by Representative Bill Poole in the House and Sen. Clyde Chambliss in the Senate.

The Alabama state gas tax has not be raised since 1992 and currently stands at 18 cents a gallon.