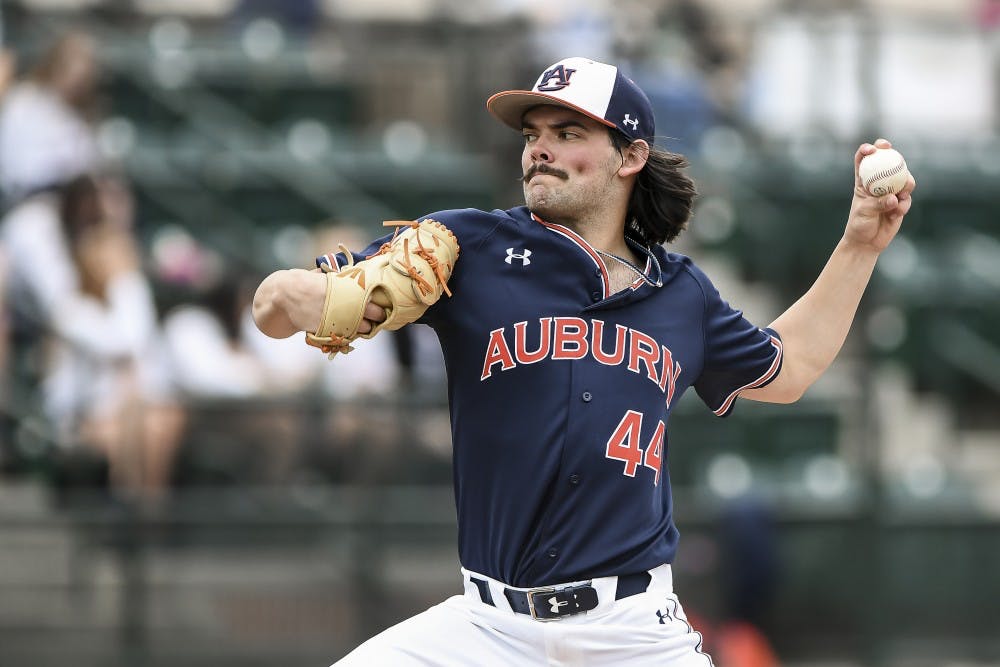 AUBURN, Ala. (EETV)-  No. 15 Auburn baseball clenched the doubleheader against the Cincinnati Bearcats. The key performer of the day was pitcher Jack Owen who earned a career high in strikeouts and his first weekend start.

After Tanner burns had a complete shutout Friday night Auburn continued to dominate Cincinnati. For seven innings Owen owned the top of the mound and held down the defense with 10 strikeouts and only three hits during game two of the series. The Tigers kept the Bearcats from scoring and won game two 5-0.

For game three of the series both teams had more offense. The score was 4-4 in the third until Bliss broke the tie with a home run. Carson Skipper, Elliot Anderson and Brandon Fuller pitched during game two for Auburn Saturday evening. They had a total of 11 combined strikeouts.

In the seventh inning Howell scored on a wild pitch from Cincinnati pitcher Clayton Colvin. He improved Auburn's score to 8-4. During the top of the eighth Cincinnati was able to get their second home-run of the day from outfielder Joey Wiemer, but couldn't catch up. Williams had the last run of the night in the bottom of the eighth. He was the last man out and gave The Tigers one last score to win 9-5.

Auburn baseball will be back in Plainsman Park for two midweek games to take on UT Martin Tuesday and Wednesday at 4 p.m.