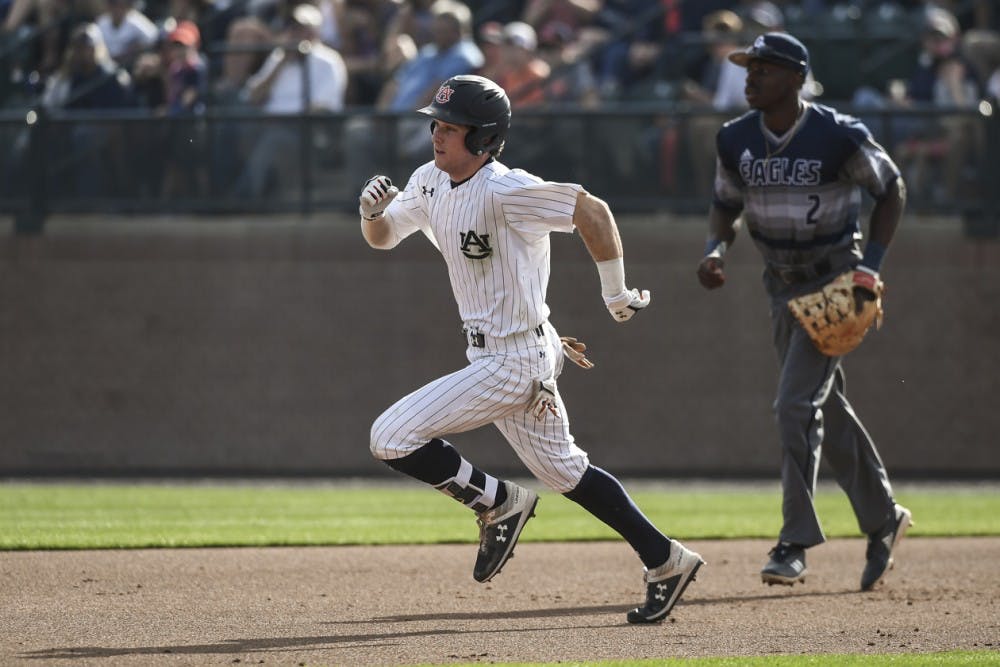 AUBURN, Ala (EETV)- After 13 innings Georgia Southern defeated the Auburn Tigers by a score of 7-5.

Extra innings did not go in Auburn's favor tonight. In the final inning Georgia Southern's Mason Miller made a home-run that broke the 5-5 tie. At the bottom of the 13th inning Auburn was shut out by pitcher Aiden McAlister who helped in giving the Tigers their first loss of the 2019 season.

Tanner Burns started the Tigers off by pitching for five innings only allowing one base hit during his time on the mound. He also had seven strike-outs. Georgia Southern pushed six relievers out of Auburn. Those included: Brooks Fuller, Will Morrison, Cody Greenhill, Ryan Watson, Garret Wade and Peyton Glavine. Fuller, Morrison and Wade made their debuts tonight at Hitchcock Field.

For five innings Auburn was on top leading Georgia Southern 4-0 from a three-RBI double by sophomore Edouard Julien (3b). In the sixth, the Eagle's scored two points making the score 4-2. After Georgia Southern got on the board the momentum from the team did not stop. They scored three total points in the seventh and eighth innings, and had pitching success from sophomore David Johnson (p).

Auburn's freshman Kason Howell (cf) brought in a RBI single in the ninth inning which caused the game to be tied 5-5. Following that, the 10th, 11th and 12th innings were scoreless. Wild pitches and failed catch attempts caused Auburn to fall short defensively. Georgia Southern had 12 hits tonight, while Auburn had nine.

"We just couldn't come away with the big hit. We hit some balls hard, but the gamesmanship and the opponent that we are playing had a lot to do with it today.," said Auburn head coach Butch Thompson.

With a series tied at 1-1, both teams will be back in Plainsman Park Sunday at 1 p.m. in hopes to clench the series win. Auburn pitcher Kyle Gray will make his debut Sunday against the Eagles.