Thursday arrest suspect's actions: "creates a substantial risk of serious physical injury to another person" according to charges filed 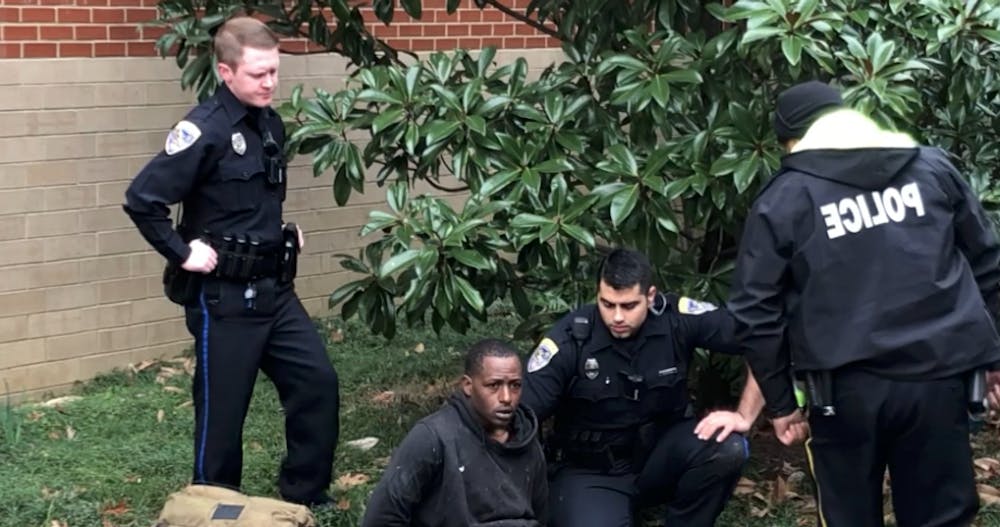 Stewart was chased through central campus after being stopped by police on Mell Street for a minor traffic violation.

Police eventually had to tase Stewart in a patio between the Student and Haley Centers.

Stewart was charged by police with multiple accounts, including fleeing/attempting to elude officers, resisting arrest and reckless endangerment.

Auburn Police Division Assistant Chief Will Mathews said that Stewart was charged with reckless endangerment "after his vehicle door struck one of the officers that was trying to arrest him as he fled the traffic stop in the vehicle."

According to Joy Patterson with Alabama Attorney General Steve Marshall's office, the Alabama Criminal Code lists reckless endangerment as when a person: "recklessly engages in conduct which creates a substantial risk of serious physical injury to another person."

This goes directly against the statement released over six hours after the arrest by Auburn University's Department of Campus Safety and Security which claimed Stewart's alleged actions posed "no danger to the campus community."

The department's claim of no danger was also seemingly contradicted by a statement Thursday evening from Lee County District Attorney Brandon Hughes who said Stewart's alleged actions "could have resulted in a much worse ending including being shot."

Auburn's Department of Campus Safety and Security has been widely criticized for not issuing an AU Alert at the time of the incident. AU Alerts have traditionally been released in the past for incidents such as inclement weather and reports of a suspicious person on campus.

In a statement to Eagle Eye TV following the arrest, department spokesperson Brooke Bailey wrote: "It is standard operating procedure to issue an AU ALERT upon confirmation by the City of Auburn Public Safety Department that a significant emergency or dangerous situation poses an immediate threat to the Auburn University campus community.  Officers on the scene did not perceive there to be a danger to the campus community and resolved the situation in a matter of several minutes."