Derrick Rose has breakout game against the Utah Jazz 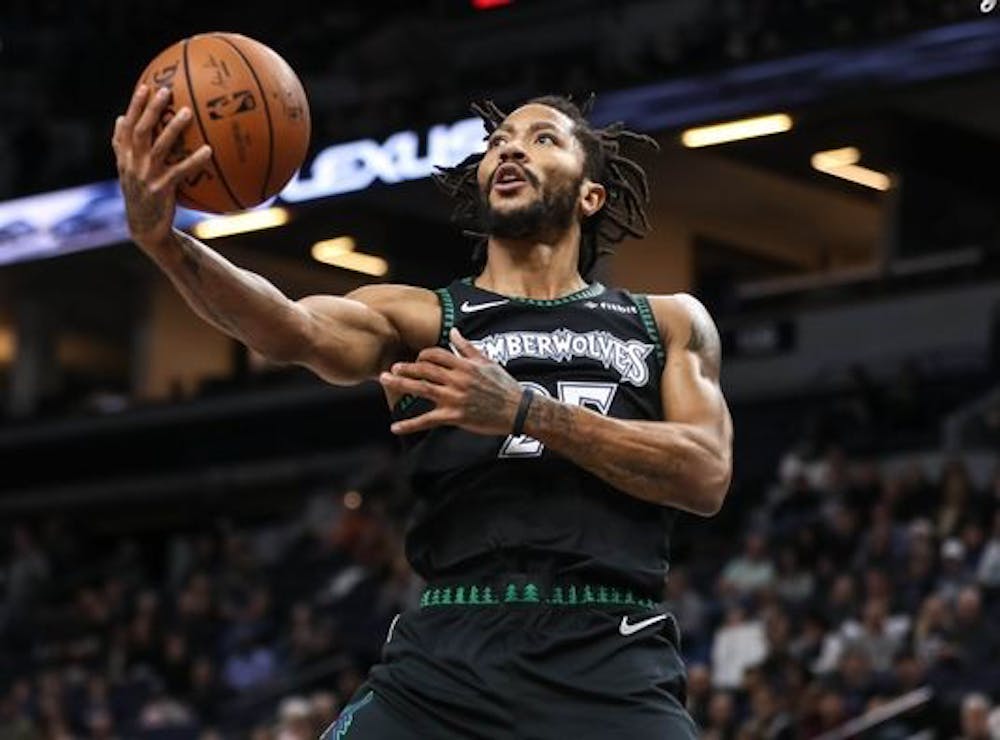 
Derrick Rose had an emotional night against the Utah Jazz.

AUBURN, Ala. (EETV)- It has been a long time coming for point-guard Derrick Rose. With knee injuries affecting most of his NBA career, October 31st was a historic night for the 2011 MVP.

Rose scored a career high of 50 points against the Utah Jazz this Wednesday. This led the Minnesota Timberwolves to defeat Utah Jazz 128-125 in overtime. With his first start of the season, and his first time playing in a Timberwolves uniform, Rose played a heck of a game. Not only did he dominate on the court surpassing his original 42-point career high, but he managed to prevent Jazz's Dante Exum from scoring a 3-point shot that would tie the game.

The career of Rose has been unfortunate. After being the 2008 first round NBA draft pick and receiving the Rookie of the Year Award in 2009, a series of knee injuries put a halt to his career. In 2012 Rose tore his ACL, and he tore his meniscus in 2013 and 2015. Despite the injuries Rose continued to have faith. He received an outpour of support and love from former and current teammates, as well as other NBA players via social media after the game.

In a post-game interview Rose stated "I'm doing anything just to win. I played my heart out." It was a emotional ending as he left the court in tears and with teammates congratulating him on the breakthrough night. He finished the game with a stat line of 50 points, 4 REB, 6 AST, 2STL and 3PM.