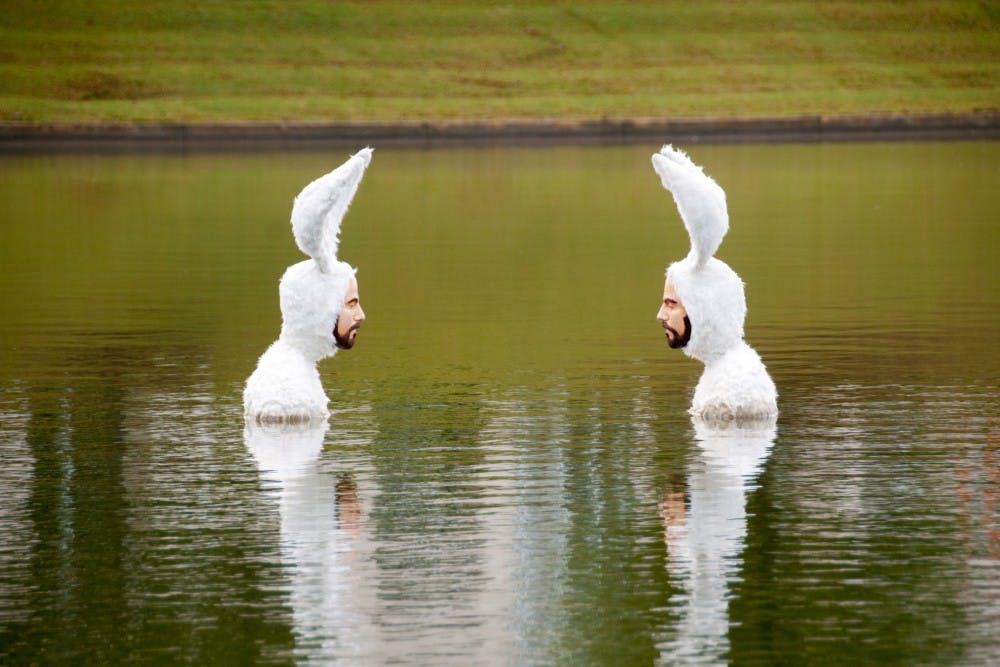 AUBURN, Ala. (EETV)- A famous landmark at Auburn University's Jule Collins Smith Museum of Fine Art is currently absent from its usual spot in the museum's pond.

New Orleans-based artist Alex Podesta's "Self-Portrait as Bunnies," commonly referred to as the Bunny Sculpture, is currently off exhibit.

The sculpture depicts two men wearing white bunny costumes staring at each other.

According to a museum spokesperson, the sculpture has been temporarily removed so that it can be cleaned.

The exhibit has been at the museum for several years and became a permanent part of the collection following a fundraising drive associated with the annual Tiger Giving Day.