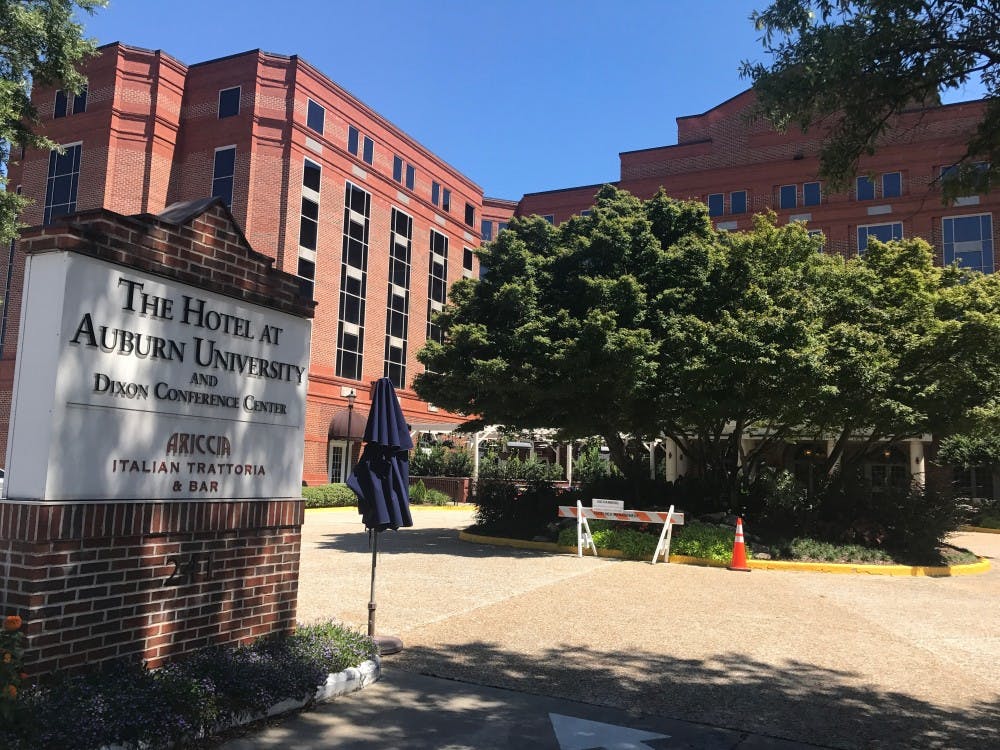 AUBURN, Ala. (EETV)- Officials with the City of Auburn and Auburn University Facilities Management Division have said that a new campus parking deck could be in the works.

The proposed deck, which would most likely be located on the property of the Hotel at Auburn University & Conference Center, would provide additional parking to the main portion of campus.

"Another thing that the University is going to do is that they are going to add parking on this side of campus," said City Manager James , "there will be building a parking deck in the hotel parking lot."

When asked about the proposed plan, Auburn University Facilities Management Marketing Director Martha Gentry confirmed it was in the works.

Gentry said the parking deck plan is still in the planning stage and is expected to go to the Auburn University Board of Trustees for final approval at its April 20 meeting.

While the proposal is still in the planning stages, Auburn Parking Services officials are already considering potential uses of the deck.

Andre says that the department has identified specific groups of people who would have a need to park there including Faculty, Staff, Students, Hotel Guests, Hotel visitors for a conference or to eat at the restaurant and the General Public.

Andre says dividing groups by level for parking enforcement and also utilizing gates - similar to the ones in the municipal deck downtown - could be possibilities in the new deck.

A multiuse parking solution also causes new difficulties for the department in its enforcement.

"We also want to be sure that we can enforce the different 'zones," said Andre. It is much different when you have a multi-use lot on campus with A, B, C or other zones in it since our parking enforcement stops at 5:00 pm. We cannot do that in this deck as the Hotel patrons will need to have 24/7 access to their spaces."

Andre says the discussion becomes even more difficult when you factor in the addition of the culinary arts building that will soon be on the north side of the hotel property.

Gentry said that additional information about the proposed deck will be released following the trustee meeting.