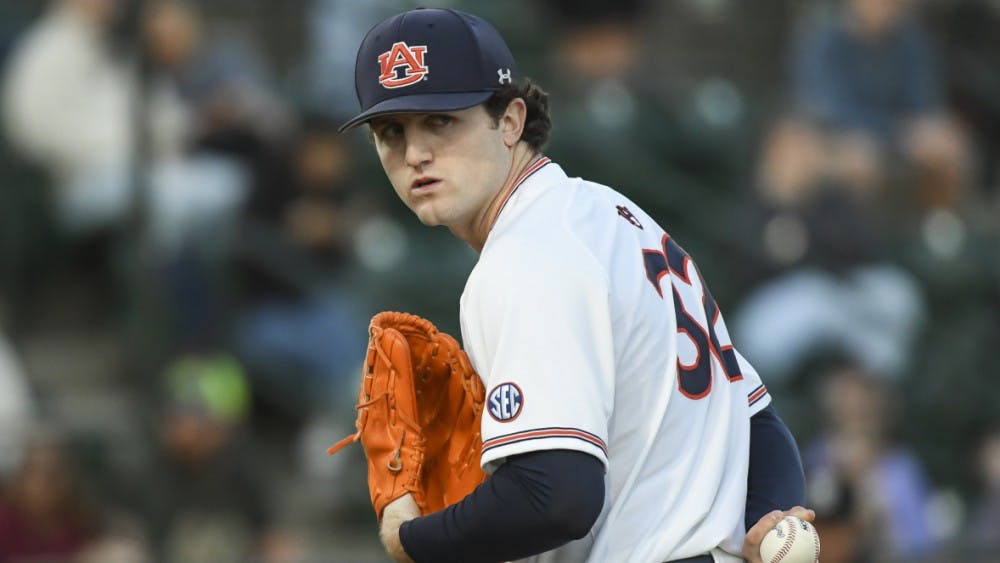 AUBURN, Ala. (EETV) - Auburn junior pitcher Casey Mize was named SEC Pitcher of the week for the second week in a row Monday.

After throwing Auburn's first no-hitter since 2002, Mize (5-0, 1.93) held the Texas A&M offense last Friday allowing one run on five hits during 7.1 innings of action. Mize did not walk any batter who stepped up to the plate. He also struck out a career-high 13 batters for the second time in two weeks.

The win against Texas A&M marked Mize’s fifth straight to start the season, and he became the first Auburn pitcher to win five straight starts to begin a season since Tim Hudson in 1997.

Mize has struck out 51 batters and issued three walks in 32.2 innings pitched this season.

Mize and the Tigers hit the road for four games this week, starting with a midweek contest at Georgia Tech (11-8, 2-4 ACC) Tuesday at 5 p.m. CT.