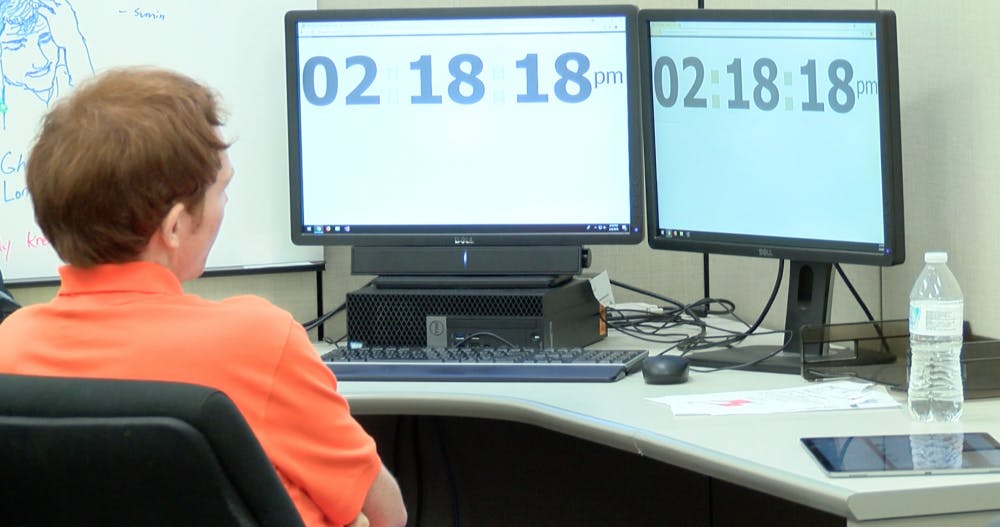 As of 2:15 Tuesday afternoon, 8,442 students had voted in today's election. This is 141 votes higher than was expected by this time.

According to Assistant Director of Student Involvement Brad Smith, 10,743 (39.91%) of eligible student voters cast a ballot in the 2017 election. 26,918 people were eligible to vote.

Campus Web Solutions in the Office of Information Technology has monitored the election throughout the day and are seeing a larger than expected turnout.

Peyton Gesink, a student in the CWS office, says he and his colleagues are keeping a close eye on the election. "We are looking at expected versus actual vote count to see if it is higher or lower every 15 minutes."

Leading to today's election, the staff put the voting software through a series of stress tests to ensure there would be no issues during the vote. The office says the system can handle three times the load that will be put on it today.

"There are a lot of safeguards," explains Sumin Beasley, an engineer working on the election, "there is a lot of double checking to make sure there is no double voting."

Beasly explains that when each vote is cast, IT staff check to ensure that the user has not cast another ballot. Once it has been determined that someone has not previously voted, their vote is "added to the data."

"Things are going as expected," said Beasley, "some servers slowed down some and took a second to load a page but other than that everything went as expected."

Eagle Eye will broadcast the election results live on Facebook at 10:00.