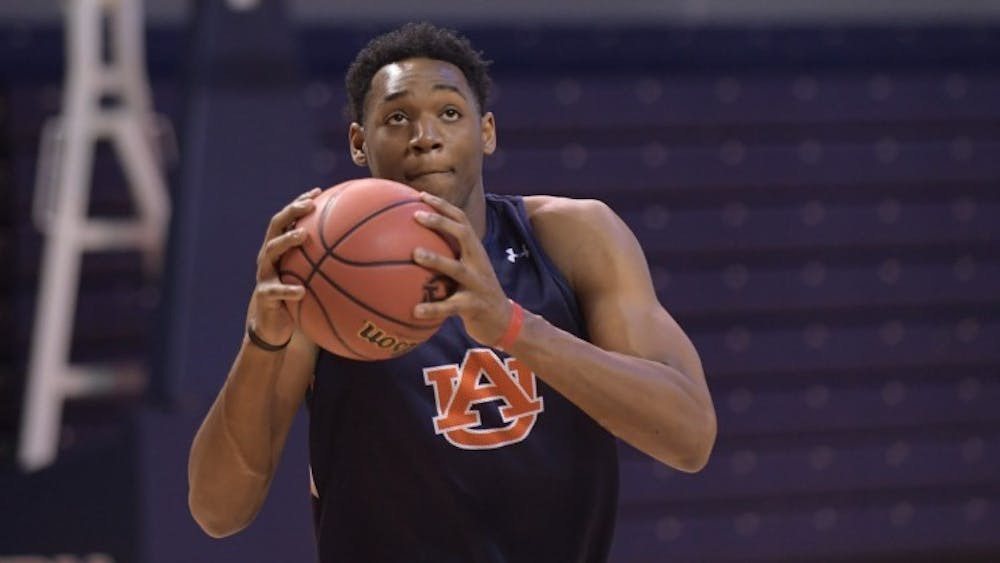 Austin Wiley practicing before his first game with Auburn against Mercer

Auburn, Ala. (EETV) - Auburn center Austin Wiley will officially not see the court this season.

The NCAA denied the Auburn basketball sophomore's appeal regarding his eligibility for the 2017-2018 season.

The NCAA handed down their first decision on Wiley's future on Jan. 11. In the initial ruling, Wiley was ruled ineligible for the remainder of the season but could return to the court for the 2018-2019 season.

Wiley appealed the decision Jan. 23, two weeks after the ruling was made.

The 6'11 forward was earlier this basketball season along with teammate Danjel Purifoy.

The two have been held out of play due to the FBI investigation into a bribery scheme involving former Auburn Associate Head Coach Chuck Person.

Earlier Thursday, Auburn basketball Head Coach Bruce Pearl said he expects Wiley and Purifoy to remain with the team regardless of their playing status and that they will begin their spring semester enrolled at Auburn.

"You know what, I'm uh, I'm going to stay away from that right now because it's just not my call," Pearl said. "But I do believe there's been some resolution to it, but it's not my call to make that statement."

The NCAA has yet to make a ruling on Purifoy as of Feb. 5.