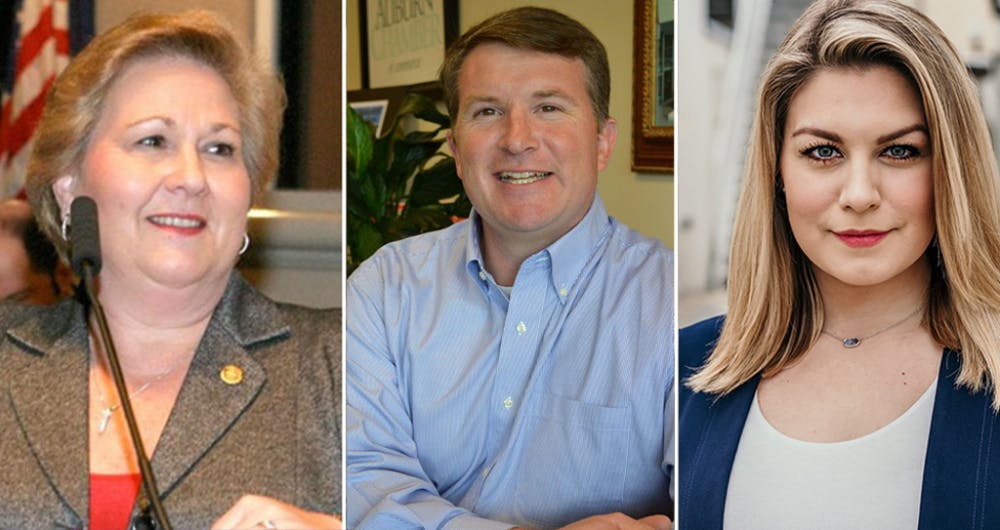 After each mass the question is raised, “what can be done to prevent this from happening again?” Following Day killing of 17 students at a Florida school, local leaders are answering that question.

"When it comes to our children’s safety, I feel that all subjects should be on the table," expressed Republican State Rep. Joe Lovvorn.

Lovvorn represents Lee County in the Alabama House of Representatives. He is also a father and a first responder.

"Safety is an issue for all of us," said Lovvorn.

I drop a 9 and 10-year-old off every morning at a public school and it is on my mind, 'Are they safe today?'.

Elaine Beech, a Democrat and member of the NRA, realizes she is in a special situation.

"It is a hard question to decide from the background that I have," said Beech. "There is no way I could say ‘take the guns away from everybody’ but I don’t feel like everybody needs a gun."

Elaine comes from a family of gun owners. Like many of her constituents, hunting is deep in the family blood.

"My son is a big hunter, my late husband was, my late father was, my whole  is."

"I am a proponent of the second amendment," said Hagan. "I do not carry a gun but my dad certainly has."

Following the shooting in Parkland, Florida, Hagan hosted a listening session with local parents and students about how to solve the issue.

"We need to prevent violence," she said.

Personally, I don’t see a reason for an individual to own an assault weapon, but I do understand that people do enjoy assault weapons or high-powered weapons for game or for sport

Hagan and Beech agree that mental health is a key factor in dealing with the gun issue in America.

“The incident in Florida, that individual had undoubtedly shown mental illness signs over the years. Once again, don’t we need to take care of that issue,” Beech said.

Hagan said solving other issues will help with this one.

“One of the things that I do think is going to be very important is the expansion of Medicaid,” she said.

According to government records, Medicaid is the single largest payer for mental health services in the United States.

Hagan understands that Medicaid is a large part of our mental protection in America but says it doesn’t do enough.

“As someone who suffers from depression and anxiety - and it is hereditary on both sides of my family - it is something that I think is important and something that we need to be hyper-focused on.

As a local firefighter and father, Lovvorn is focused on what he and his colleagues can do to keep schools safe.

“I look forward to working with our education committee and law enforcement to say what do you need from us, how can we make our schools safer, what is your suggestion?” he said.

Following the shooting in Parkland, President Trump has expressed interest in arming teachers to defend students.

....History shows that a school shooting lasts, on average, 3 minutes. It takes police & first responders approximately 5 to 8 minutes to get to site of crime. Highly trained, gun adept, teachers/coaches would solve the problem instantly, before police arrive. GREAT DETERRENT!

Lovvorn says he is not decided on the issue.

Rep. Beech is also not sure about the idea, “I don’t see giving everyone a gun as the answer to saving the issues,” she said.

“I think the answer is working with our education system and our law enforcement community and getting the ideas and pull those together for the best solution,” Lovvorn said.

Hagan sees the solution being solved on the federal level. She believes tighter restrictions are the way to curb the violence.

Another place Hagan sees room for improvement is in closing the loophole for selling guns online.

“I would love to see some better restrictions on internet purchases and sales and of course with a universal background check and a universal waiting period, that would close our gun show ,” she said.