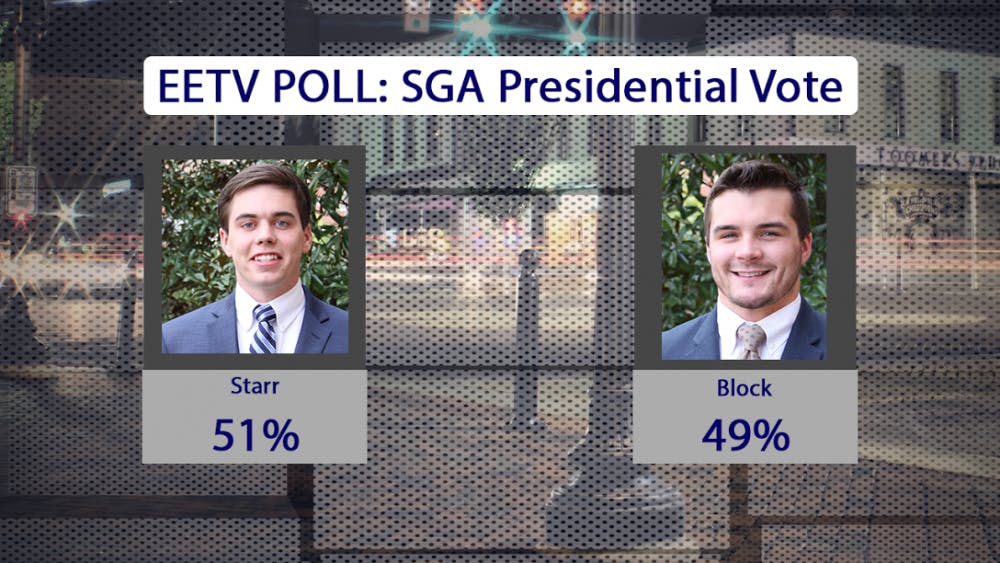 Starr and Block entered the runoff on Tuesday since none of the five candidates for SGA President received the required 40 percent of the vote needed to avoid a runoff. Starr currently serves as an Assistant Vice President in SGA and Block serves as an SGA Senator.