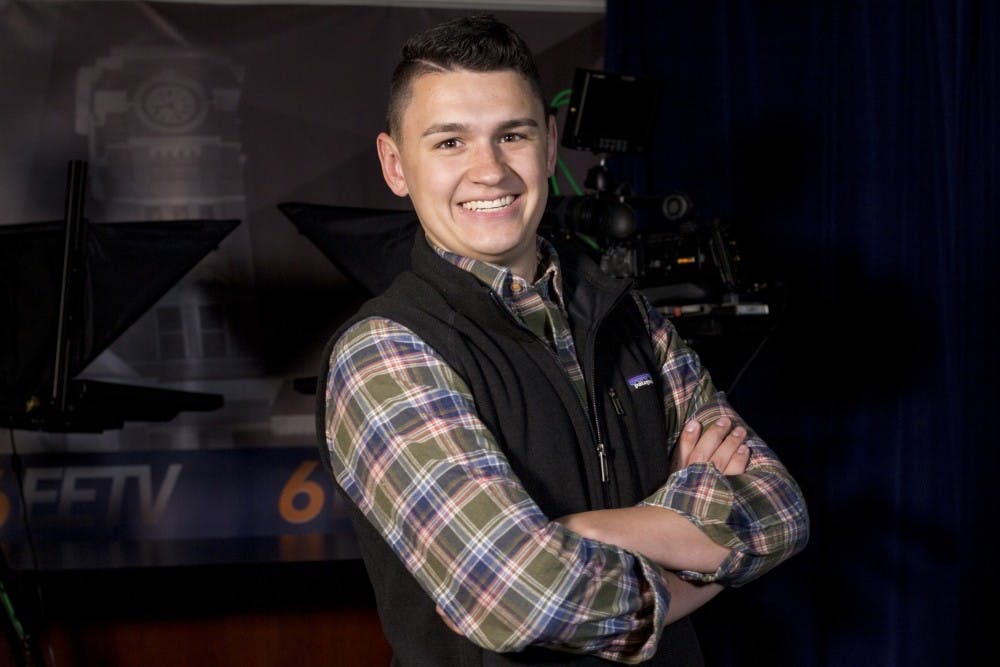 Etheredge automatically qualifies for the National Broadcast Championship, which will be held in San Francisco in June. He also receives a $3,000 scholarship. In addition to being a full-time student majoring in media studies with a minor in political science, Etheredge, who is from Dothan, Alabama, is the East Alabama weekend bureau chief and fill-in anchor for WTVM in Columbus, Georgia.

“Congratulations to Brandon and to the School of Communication and Journalism on this outstanding and hard-earned honor,” said Joseph Aistrup, dean of the College of Liberal Arts.

Etheredge credited his training inside and outside the classroom for the award.

"I am so humbled and honored to have won this award. Competing against students from the country's top journalism schools, I really didn't know what to expect. To be honest, I was shocked when I learned that I had placed first in the competition. I cannot wait to represent Auburn on the national stage in San Francisco," Etheredge said. "While I am excited about this honor, it is truly a credit to the amazing education I have received at Auburn. I am the reporter that I am today because of the hours of mentorship and training I received in student media."

The Hearst Journalism Awards Program was founded in 1960 to provide support, encouragement, and assistance to journalism education at the college and university level.

The program awards scholarships to students for outstanding performance in college-level journalism, with matching grants to the students’ schools. The 58th annual program offered up to $700,000 in awards, consists of five monthly writing competitions, two photojournalism competitions, one radio competition, two television competitions, and four multimedia competitions – with championship finals in all divisions. Participation in the program is open to undergraduate journalism majors currently enrolled in ACEJMC – accredited domestic universities. The other top winners in this competition, along with the top finalists in the next television competition, will submit additional entries for a semi-final round of judging. Four finalists will be chosen from that round to compete in the championship, along with writing, photo, radio and multimedia finalists.

The William Randolph Hearst Foundation was established by its namesake, publisher William Randolph Hearst, in 1948 under California non-profit laws, exclusively for educational and charitable purposes. Since then, The Hearst Foundations have contributed more than one billion dollars in the areas of education, health care, social services and the arts throughout the country.

For more information, go to http://www.hearstawards.org/2017-18-hearst-television-features-winners-named/.