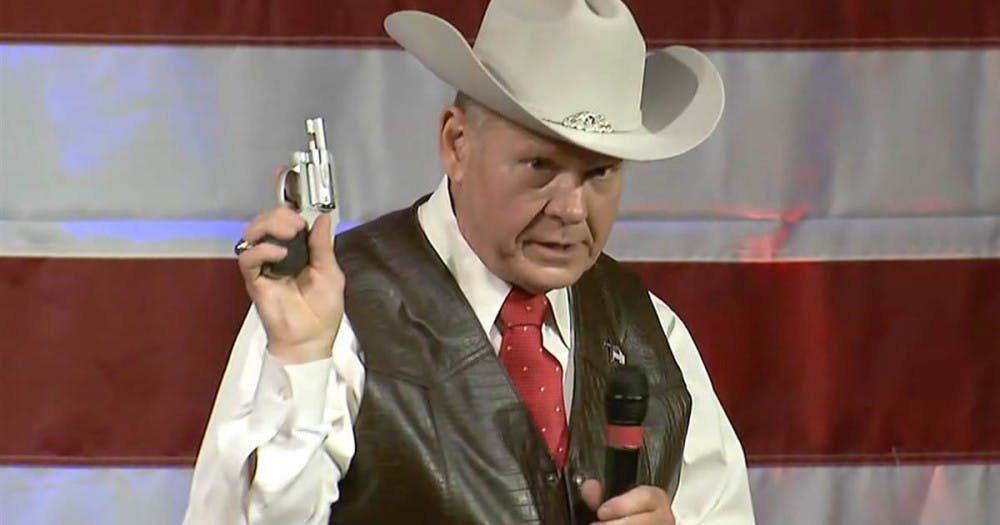 Birmingham Ala. (EETV) - Alabama Senate candidate Roy Moore announced in a press conference today that he will not leave the senate race following allegations of inappropriate contact with a teenager when he was 32.

“I look forward to serving you in the United States ,” Moore said as he opened the press conference. “I have unified the democrats and republicans in fighting against me.”

Several Republicans, including Mitch McConnell, Mike and Richard Shelby swiftly condemned the allegations and urged Moore to drop out of the race if the allegations were true.

“The Washington Post has brought allegations that I have denied,” said Moore, “They have no evidence to support them.”

Another woman accused Moore this week of similar allegations and showed the media a yearbook allegedly signed by Moore calling a young girl “sweet and beautiful girl”.

Moore’s attorney held a conference yesterday calling the validity of the yearbook signing into question.

The embattled former Alabama Chief Justice is widely known for refusing to remove a monument of the Ten Commandments from the judicial building; he is also known for defying a federal court order on marriage. Both of these situations resulted in a suspension as Chief Justice.

“I have taken a stand in the past and I will take a stand in . I will stop taking a stand when they put me in a box in the ground”

“Many of you have recognized that this is an effort by Mitch McConnell and his cronies to steal this ,” said Moore, “I tell you who needs to step down… that is Mitch McConnell.”