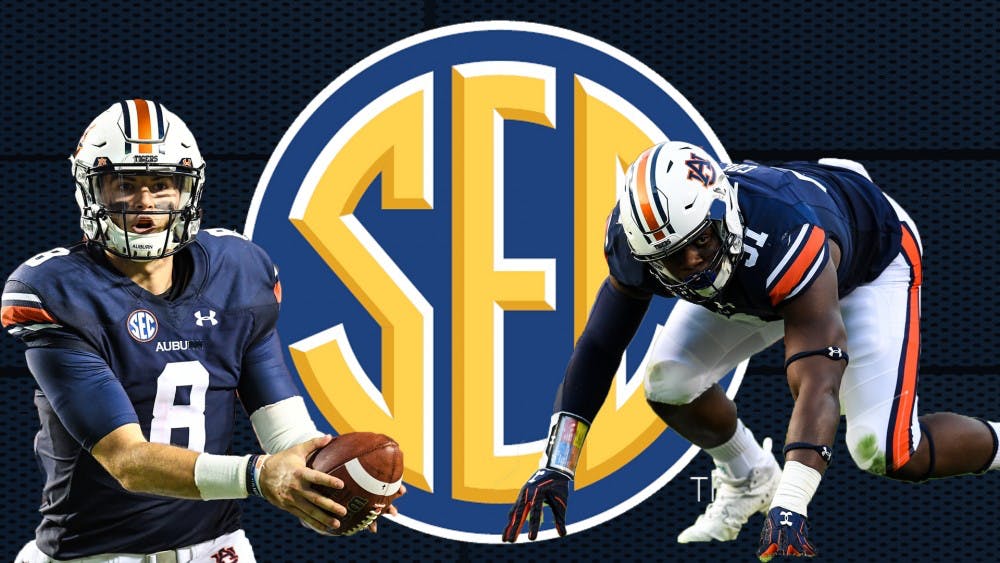 Auburn, Ala. (EETV) – Auburn earned two SEC Player of the Week awards this past week.

Stidham has completed 83 percent of his passes in his last three games. He threw four passes for 45 yards or more, one being a 47-yard touchdown to Will Hastings, in Auburn's win over Mississippi.

Nick Coe, a redshirt freshman, received Co-Freshman Player of the Week for his performance during this weekend’s game. He finished with six tackles, a half tackle for loss, and managed four quarterback hurries.

Auburn will host the Ole Miss Rebels Saturday at 11 a.m.