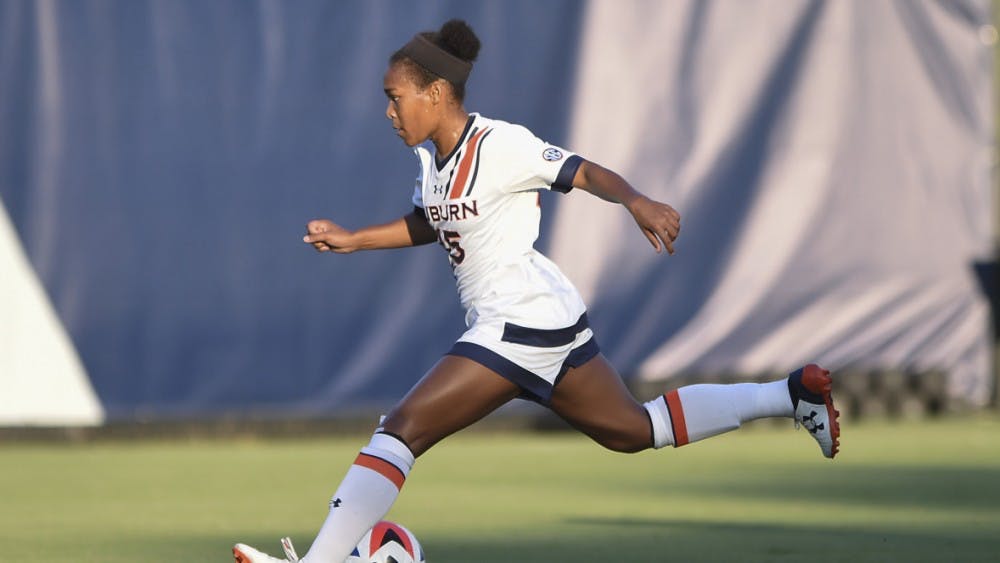 Auburn, Ala. (EETV) - Soccer's Kristen Dodson has been nominated for the Senior CLASS Award.

Each year, the NCAA awards a standout from the senior class with the Senior CLASS Award. CLASS stands for Celebrating Loyalty and Achievements for Staying in School. The award recognizes who exemplify outstanding attributes, such as leadership, on and off the field.

In Dodon's four seasons on the team, she has racked up awards such as All-SEC First Team, National Player of the Week, SEC First-Year Academic Honor Roll, and SEC Preseason Watch List.

In her senior season thus far, Dodson has scored five goals and assisted three goals, including one against ranked rival Texas A&M that ended in a Tiger victory (1-0).

The winners of the Senior CLASS award will be announced in December at the 2017 NCAA Men’s and Women’s College Cup championships.