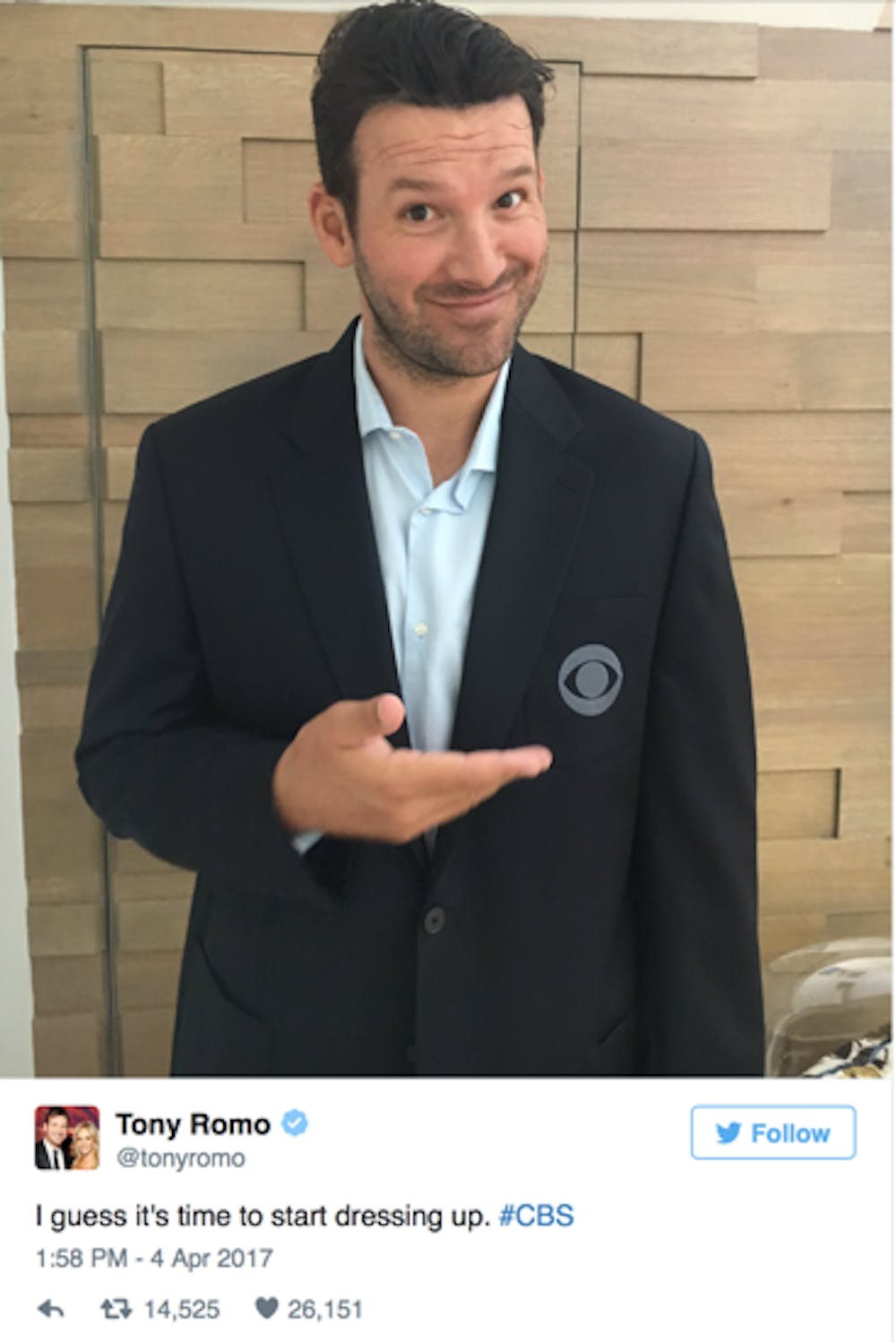 Tony Romo in a CBS jacket. Photo via www.twitter.com/tonyromo

He's been a Dallas Cowboy since 2003 and today he retires as the Cowboys all-time passing leader. Yes, that's right Tony Romo has officially retired from football.

The past few weeks of free agency has been full of speculation of people wondering where Tony Romo would play next. This past season, the QB lost his starting job to QB Dak Prescott after suffering an injury.

After losing his starting job, Romo spoke at a press conference about the sore subject. The story that many were talking about was how graciously Romo handled the situation.

It was rumored that after his several injuries Romo was considering retirement, but people were expecting him to go play next season somewhere.

Today Romo made his broadcasting career official by tweeting a picture in a CBS jacket with the caption “I guess it’s time to start dressing up. #CBS.”

In my opinion, Romo is making a smart decision by retiring and becoming a broadcaster. Romo's health comes first and resting up and healing is a priority.