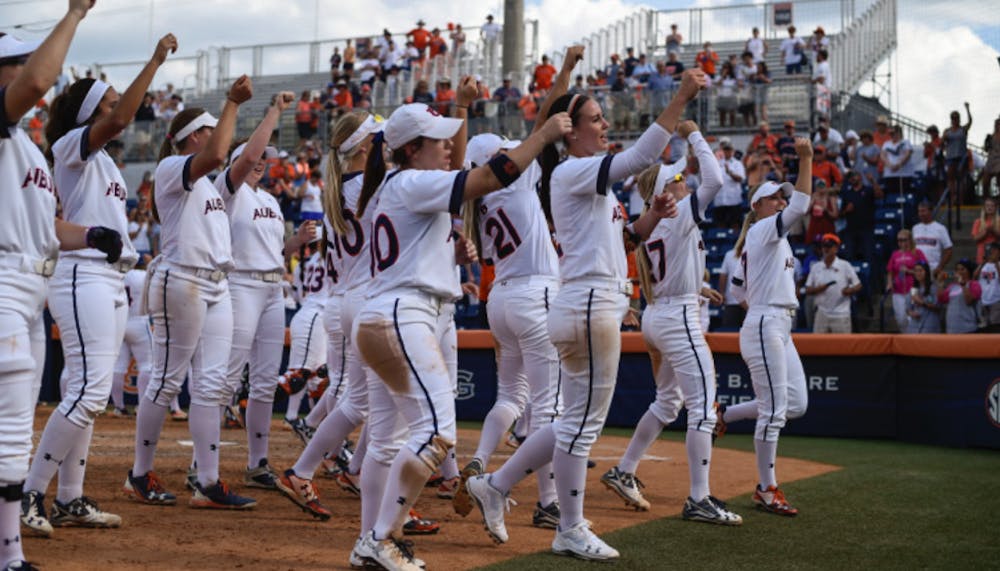 Softball team celebrating its win over Missouri. Via AuburnTigers.com

AUBURN, ALA. (EETV) - After falling to Missouri in the first game of the series, Auburn was able to come back in the next two games to take the series.

The Tigers fell to Missouri in game one by a score of 6-1. The lone score of the game came in the first inning off a homerun by Kasey Cooper. The Tigers defense struggled, allowing two errors and eight hits. In the circle, Kaylee Carlson experienced her second defeat this season.

Game two would be a different story, as the Tigers evened out the series by defeating Missouri 5-4. Missouri’s bats came alive first with two runs in the second inning and one run in the fourth. The Tigers responded with a strong fourth inning in which they would score four runs, Carlee Wallace earned three RBIs with a triple. Auburn then scored their fifth and final run in the sixth. Missouri would score one final run in the seventh. Auburn’s Makayla Martin pitched a complete game and earned her 15th win on the season.

Both teams entered game three with a win as Auburn’s Kaylee Carlson returned to the circle. Carlson pitched a complete game and allowed only three hits and one run. Head Coach Clint Meyers stated that, “I’ll go and put [Kaylee] in the circle for my chance to win any time.” Following the win, Carlson leads the SEC with 21 wins on the season.

Missouri and Auburn were scoreless in the first two innings until Auburn notched one run in the third inning. Auburn extended their lead to 6-0 after five runs in the fifth, including a triple by Kendall Veach that would bring in three runs. Missouri responded with a solo homerun run in the sixth. The Tigers would win the game 6-1 and take the series.

Missouri returns home for a double-header against the Southeast Missouri Redhawks Tuesday at 3 and 5 p.m.

Auburn’s next matchup will be Wednesday at 6 p.m. in Auburn against Kennesaw State.