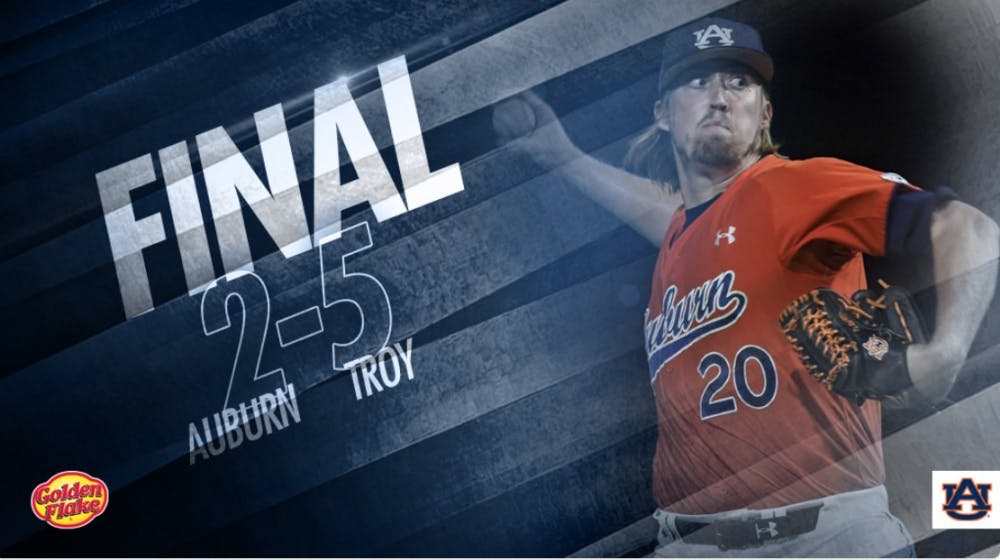 AUBURN, ALA. (EETV) – Fresh off of their series sweep at home against Texas State, the Troy Trojans remain hot as they defeated number five Auburn at Plainsman Park.

Auburn sent Christian Camacho to the mound to start the game. Troy scored a run in the first inning and never gave up the lead. The Tigers were unable to answer and in the top of the fifth inning, the Trojans extended their lead to 4-0 with a three-run homer by Jackson Cofer.

The Tigers responded in the bottom of the fifth as Jay Estes came to the plate with the bases loaded and hit a single and knocked in two runs. The Tigers did not add to the scoreboard for the rest of the night.

On the defensive side of the ball, Auburn’s Daniel Robert came in relief and pitched four scoreless innings.

The Trojans will be looking to build on their five game win streak this weekend in Conway, South Carolina against Coastal Carolina.

The Tigers will travel to face Mississippi State in Starkville, Mississippi for a three game series this weekend.